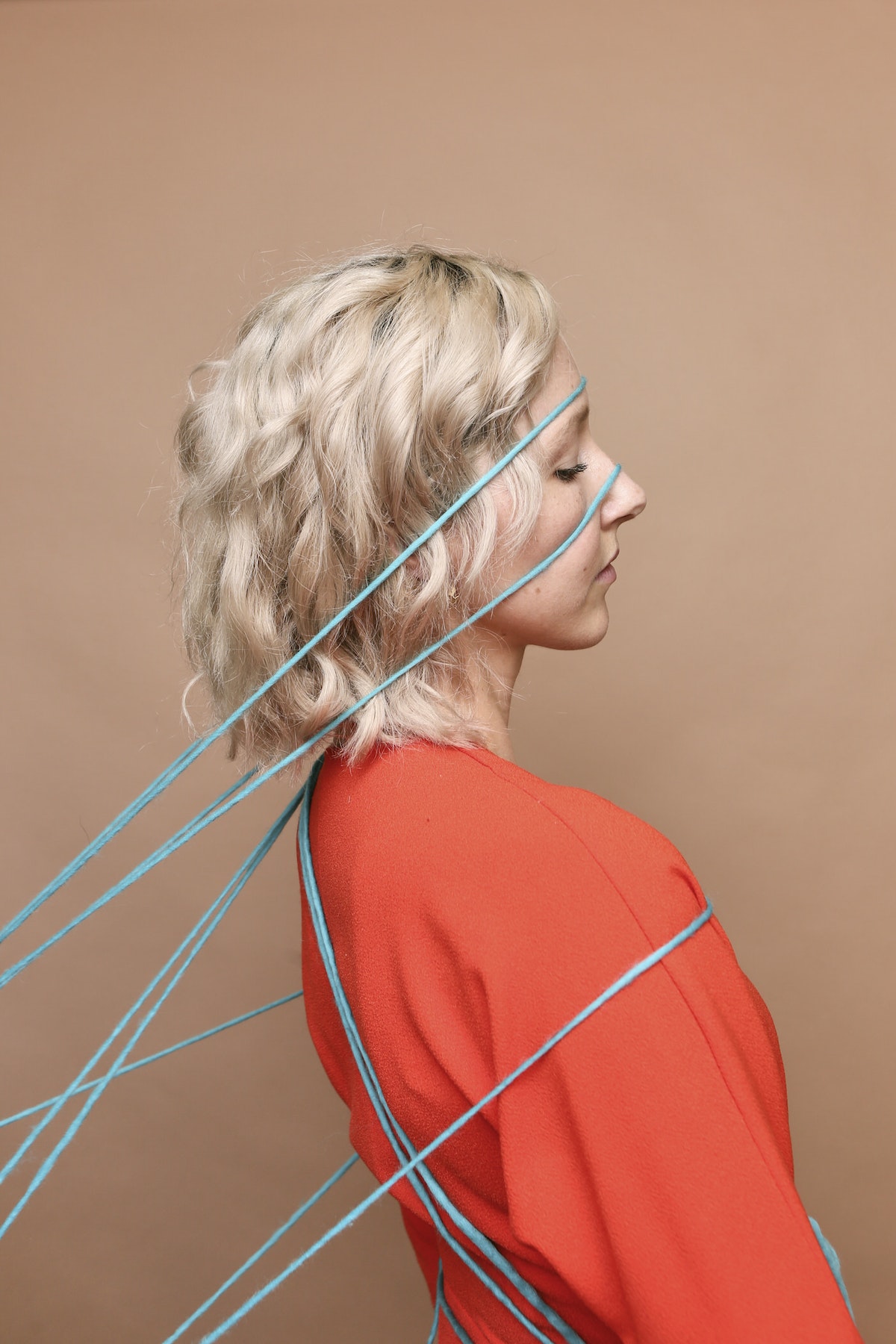 Want to dive deeper into the Enneagram with like-minded women? Join us at our Enneagram Dreamscaping Retreat in Portland with Ashlee Sikorski this June! Click here for details!

So, you’re in a group of of your closest friends and say, “I think Kanye West should be the next President.” How do you imagine each of them responding in this scenario?

Maybe some laughingly agree. Maybe some instantly get riled up and start emphatically stating why that’s not true. Maybe some find the idea of Kanye’s America fascinating and worthy of exploration. Maybe some see conflict building in the group and instantly start trying to keep the peace. Now, I’ve never actually said that in a group of people, but I have seen similar responses when conflict arises in a group.

People hunker down into certain roles during conflict based on their values and personalities.

That’s where knowing the Enneagram comes in. Many people talk about the Enneagram these days, but, for those of you who might be less familiar, stated at its simplest, the Enneagram is an ancient and (in my experience) amazingly accurate personality framework that separates people into 9 core types based on desires and fears. These desires and fears are a mix of nature (what we were born with) and nurture (ways we learned to cope with unmet childhood needs – yes, even if you had wonderful parents).

I like to say that the Enneagram makes up .002% of a person, if that. I say this because a lot of folks who like the Enneagram like to assume people are their number: “I’m a 9! What are you?” But there is so much more to a human being beyond their personality - what they believe about the world or the culture they are born into, for instance.

I’ve discovered the Enneagram to be especially helpful when it comes to conflict. The reason being that conflict is usually healthfully resolved when two people come to a place where each realizes she is an imperfect human being, and that her opinions and beliefs are deeply intertwined with that flawed humanity.

The Enneagram teaches that each of the 9 types have their own “psychological and cyclical trap”. That trap plays out in all relationships, discussions, and situations, except for when enough time and effort has been put in to overcome it. And though most people like quick fixes and sometimes see slight glimmers outside of their personality’s traps, it’s usually the case that truly breaking this cycle in a complete way takes an entire lifetime of emotional and psychological work.

Type Ones: Desire integrity and goodness.

For Ones, the principle of the situation is foremost, and a type One will act differently depending on what they think is right or wrong in the situation. An example of conflict for this type could look like the One stuffing down feelings of frustration toward the other with the mindset, “I shouldn’t be having these thoughts; they are bad.” Ones are often trying to be good and do things right. But a healthy version of someone who falls into the traps of a One will see that by engaging in conflict and admitting their own less-admirable feelings and qualities, instead of eventually exploding with anger. This way, they can gently diffuse life’s conflicts one situation at a time as they come up.

Type Twos: Desire to be loved and cared for by those around them.

Conflict for a type Two will often arise because of the inherent conflict between catering to their own needs versus the perceived needs of their family, friends, and coworkers. A Two falls into the pattern of “giving to get” and those around them can pick up on this. A healthy version of a Two will learn how to take care of their own needs before getting into tricky situations of giving love to others that they don’t necessarily want in that specific way or at that specific time.

Type Threes: Desire standing out and being considered highly successful.

Conflict for a Three will often come up when a they are deciding between speaking their own truth or living out the truth of the people-groups and culture around them. A healthy version of someone with type Three tendencies will eventually learn to challenge the group’s definition of success and find that by speaking their own truth, they are actually more attractive.

Conflict for a type Four will often look like intense daily feelings that they exist in a world which does not understand them. Fours can get trapped thinking that they are the only person experiencing emotional suffering, or at least to that depth. A healthy version of a four is able to leave their own “ocean of emotion” and share their strength of “suffering well” with those around them.

Conflict for a Five will often come from how they go about their relationships: a push and pull, always desiring more space and time away, and yet deep down desiring intimacy. A healthy version of a Five will relinquish this control and let whatever come their way, come.

Conflict for a six: Do I listen to the voices in my head or follow my gut? How do I follow my gut? How do I trust this person? This group? Do I do it wholeheartedly, or not at all? Sixes are constantly questioning and can be in a state of constant fight or flight mode. A healthy version of a six becomes courageous enough to move out of their head and into their gut, trusting their instincts and overanalyzing less.

Conflict for a type Seven will often look like wanting to do too much all the time, because it is all so good! A healthy version of a type Seven slows down in order to not run away from the what feels like a constricting present reality, truly savoring just one thing at a time.

Conflict for this type will often look firey and easy to access. True that engaging in conflict, per se, is easy for an eight, but vulnerability is not. Eights have a tough exterior, but it is because they are scared to be seen as weak. Eights get themselves in a lot of obvious situations of conflict, and I think we can learn a lot from their energy. A healthy version of a type Eight looks like weapons dropped and vulnerability shown.

Type Nines: Desire harmony, and are the most conflict-avoidant type on the Enneagram.

Conflict for a Nine often shows up in the form of indecision. Their superpower is seeing all sides to everything, leaving them in a state of constant ambivalence. The best version of a type Nine is unstoppable, showing up to her life agenda.

If you don’t know your core type and want to put in the work, read through the nine type descriptions. Discuss with safe people, a coach, counselor, or mentor. A famous poem from Alexander Pope reads, “A little knowledge is a dangerous thing.” If you plan to use the Enneagram, it takes time, study, reflection, humility, and the awareness that it’s not a “feel good” personality test. If you are ready to put in the hard work, I think it’s worth it!

Here are a few ways I have found as a coach that the Enneagram useful for navigating conflict:

If anything, I think studying the Enneagram can give us a tremendous sense of empathy for the other. We can look at each type’s hang-ups and blind spots to life and truly feel for them. “Dang I thought it was hard being me; it looks like it’s hard being you too!”

The Enneagram shows us that whatever your personality, each of us have our own struggles and dilemmas we face while engaging in any situation. Knowing our patterns and the ones of those we’re in conflict with can help us have a huge sense of warmth and caring toward what that person is experiencing.

If each of us have our own psychological trap and obsession, how can any one of us be extremely judgmental toward someone else? In my experience, when a client has true humility, she or he is able to enter conflict and make it about the situation, not the person. Also, the reason conflicts become so aggressive and intense is because people have psychological triggers or perceptions that have almost nothing to do with the issue. For example, when my husband leaves dirty dishes all over the counter, and I get angry with him because I don’t feel cared for. When I realize it’s not about the dishes, we can start to have a conversation about me feeling like he’s not thoughtful toward me.

It can be immensely comforting to know others have similar worries and desires as yourself. Being able to talk to others who experience the world similarly, and hearing how they overcome their traps can help you overcome yours too. Also, when we are able to recognize others’ strengths, we can ask them for help seeing the world differently.

Lastly, I want to recommend a few things. I believe conflict can be one of the best ways we grow. If you haven’t had counseling or been coached, I’d highly recommend it. The space gives you an outside perspective to help sort through relationships, process what you are feeling, and how to move forward.

Another tool I find especially helpful is the Enneagram Institute relationship pairings where you can learn how two types interact in relationship. I have been with my spouse for 7 years and we have always known about the Enneagram. Seeing our patterns play out is eerie to read, as it’s able to be condensed in a paragraph and can look the same for us in very different seasons of life. Having this language to deal with conflict has been a great resource for us. Ultimately my husband and I end up reading up about each type and can see the other’s rough edges. One of our phrases we say when admitting we’re having conflict is, “It seems like this is just my rough edges rubbing against yours.”

I have a friend who describes conflict as a rock tumbler. That these jagged, brownish gray rocks go in, and they come out soft and with all unknown, amazing colors like teal and pink revealed! There is some tumbling that happens in between, but nothing you can’t handle. My hope for you, reader, is that you lean into self-awareness and ask yourself what next steps you want to take. Maybe it’s talking to your someone, or picking up an Enneagram book. Whatever it is, keep the course and do the heart-work. You are worth it.

Want to dive deeper into the Enneagram with like-minded women and an Enneagram expert coach? Join us at our Enneagram Dreamscaping Retreat in Portland this June! Click here for details!

Is Taking a Pay Cut Keeping You from Being an Entrepreneur? Read This