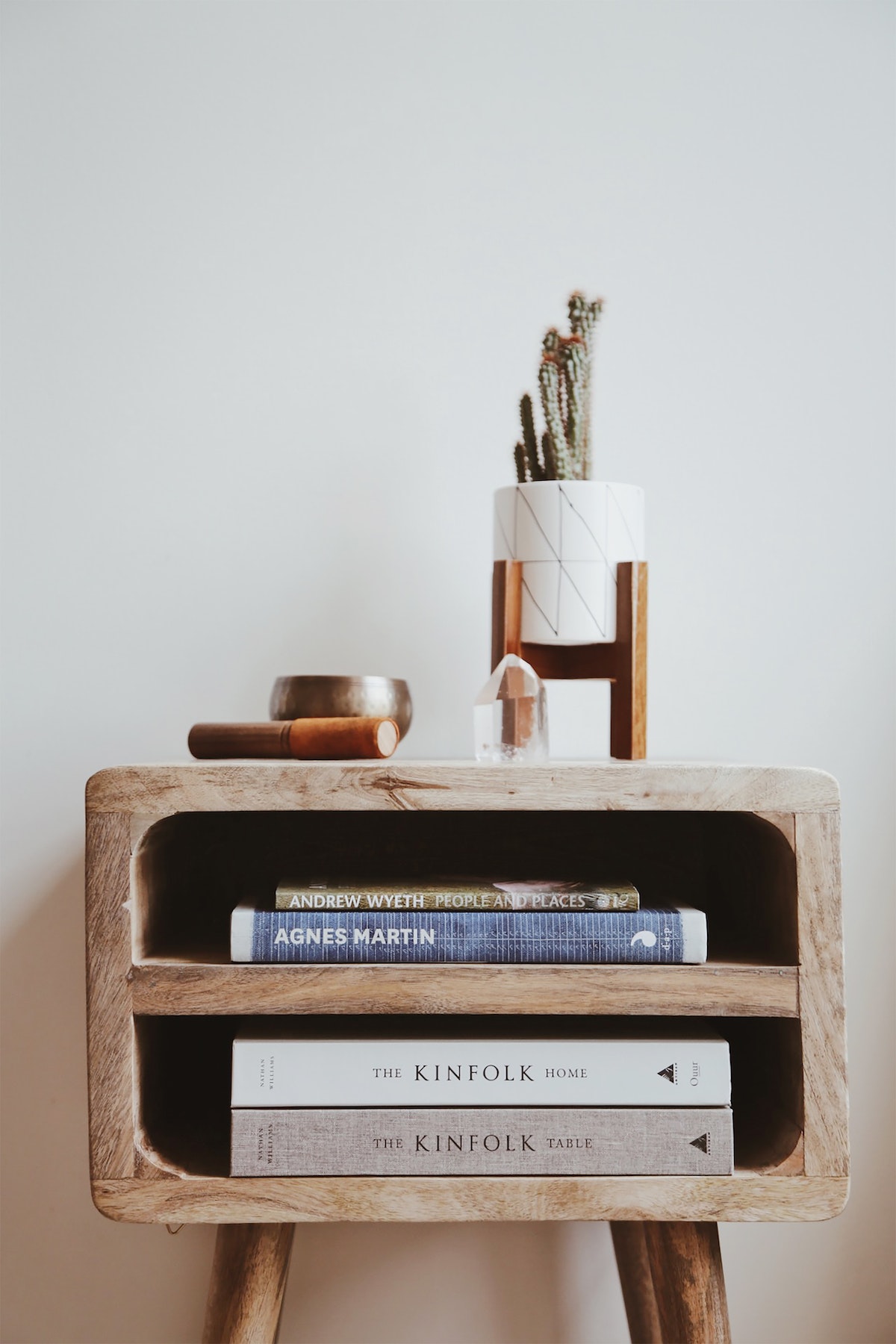 Everyone has their own “self-care Saturday” routine. Often, mine looks like a lazy stroll over the Potomac to Georgetown via the Francis Scott Key bridge. The other day, I took refuge in the three-story Anthropologie store on M Street. And yes, it is heaven. With home goods and bridal on the top floor, new arrivals on the middle floor, and accessories downstairs, it’s just a mood-boost sandwich. I smelled every candle until I was a little high on life, I touched all the pretty appliqué dresses, and I tried on sunnies to my heart’s content. (I’d had a long week, okay?)

Amongst all the pretty little things, I spotted these small, pleasing rocks. Some were round and dark, others were angled and blush pink, and all of them were $80 and over. Excuse me, what? Memories of 6-year-old me at Ponderosa ranch filling up little souvenir bags of polished stones for a few bucks came to mind. Why is the adult version so freaking expensive? I’d come across talk of these healing crystals before on Kim Kardashian West’s Instagram and on a particularly free-spirited ASMR YouTuber’s channel, but I’d never bought into the whole thing.

This little aesthetically pleasing, seven ounce, pink, pyramidal rock is supposed to bring peace, art, and love into my life? I thought good wine did that.

And I could get a mid-to-top shelf bottle for like a quarter of the price of that small, semi-precious Australian Labradorite rock. Is it just me, or did these ancient naturopathic beliefs about healing crystals hop into the mainstream all of a sudden? What made these fringe spiritual practices catch the limelight of popular culture? And how do we make sense of this trendy crystal craze?

Let’s start with some history. Jade rollers have been around since the 17th century and were all the rage amongst the Chinese elites of Qing dynasty. Similarly, we inherited gua sha, or “scraping”, massage from Chinese traditional practice. Touted by Justin Bieber of all people, the benefits of crystal gua sha massage tools are now being marketed by many major retailers such as Nordstrom and Sephora. I mean, if it’s good enough for the Biebs, it’s good enough for the rest of us right?

In the Twentieth Century, a man by the name of Marcel Vogel conducted research for IBM, and focused most of his 27-year tenure on the development of the liquid crystal displays that coated IBM’s disc drives, an integral part to their computers’ memories. Later in life, he pivoted to spiritual research. At the bidding of a Hindu teacher, he traveled to India where he had a spiritual awakening and henceforth sought out methods by which to channel the Universal Life Force Energy via (you guessed it) crystals in order to amplify others’ thoughts and emotions, bring healing into their lives, and sometimes shepherd them into altered states of consciousness. He’d cut crystal wands at precise angles in order to amplify the healing and meditative qualities of the stones. It’s said that in the 80s, he’d appear on TV and shatter spoons with the sheer energy of his breath alone. He conducted workshops all around the world until his untimely death in 1991.

Now I’m left wondering, how did Vogel’s teachings become commoditized by popular American culture in 2019? It seems like there’s a wide gap between Marcel and Justin. My take? I think it has everything to do with Instagram. We’re living in the age of the influencer, and these hyper-trendy, hyper-visible individuals are the driving force behind what’s in and what’s out. Currently, natural remedies and sustainable wellness are dubbed as “in”. The same people that you see posting at Revolve Festival during Coachella season are doing jade-roller tutorials on their YouTube channels. They’re buying sage to burn in their rooms and rose quartz water bottles from Gwyneth Paltrow’s Goop.

As someone who’s only recently started thinking about crystals and the history behind them, I admittedly feel a little disconnected from the deeper spiritual implications of the stones. I mean, I don’t even know my moon or my rising signs. But I think there’s something there. Nature and positive thinking are two things that I can definitely get behind. So if you’re like me, you’re now wondering:

How do I use the healing stone trend to my advantage and on my own terms?

If you’re looking to start somewhere, I’d say go ahead and buy a crystal or two! I’m in your corner here. It can totally be fun to choose which specific benefit you’d want to usher into your life. Or just go ahead and pick the one that looks prettiest to you. Begin by placing it somewhere in your room or office that you’ll be able to notice often as a reminder to think positively and achieve your goals. Also, think about trying an intro crystals class. For example, Apothekary, a DC-based wellness company, hosts fun events like “Cocktails and Crystals” every so often. GNO idea?

Share your experience! I, for one, would love to hear your successes or challenges, and I believe that there’s no better teacher than our collective stories. Why yes, I am the read-all-the-user-reviews-before-buying type! How’d you know?

For those of you who are yet to be convinced:

No stress. Certain types of spiritual and health practices are not for everyone, and that’s okay. I’m not too gung-ho about vegetable juice, but I can still respect those that choose to subscribe to it.

The key to crystals and similar trends is to support the people that do it, and acknowledge that you don’t have to participate in the practice itself.

After all, the last thing we should do as a community of people who are all trying to find balance and wellness in our own ways is alienate those who pick a slightly different path than our own.

3 Ways to Infuse More Creativity into Your Leadership