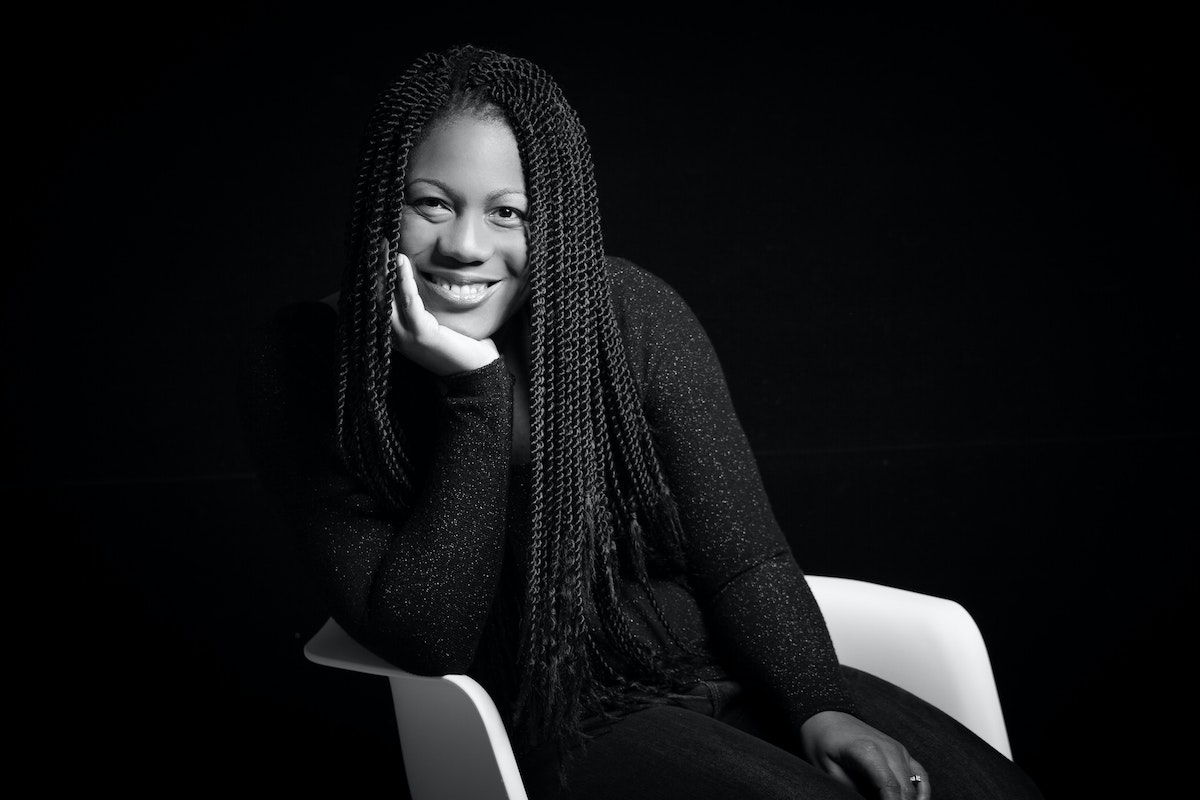 Austin Channing Brown is a woman I’ve looked up to for a long time. She is the Author of “I’m Still Here: Black Dignity in a World Made for Whiteness” and now has an important new project she’s working on called The Next Question. The Next Question is a TV show meant to change and move the racial conversation forward and to a deeper place. Something our world and culture is currently craving and needing so badly. Her Kickstarter Campaign for this project was a huge success - we can’t wait to see what comes from it. It was an honor to be able to ask Austin a bit more about herself and learn more about her heart and the important work she’s doing in the world!

When did you decide to commit yourself to pursuing racial justice? Was there a time and a place when you knew you were called to this work?

I’ve had a bent toward justice for a long time. When I was a kid, I wanted to open an entire campus for foster care teens that felt more like a resort. But it was during college that I began to truly understand the depths of racial justice. A trip called Sankofa, a three day bus trip visiting museums and speaking to activists, changed my life.

Tell us a bit about the story behind your name, Austin.

I always knew I had a [typically] boy name, but I didn’t know why my parents chose it until I was 8 or 9. A librarian wouldn’t accept my library card, and it made me so mad, so I demanded that my mother explain why she had given me this name. She then told me that she and my father knew Austin would be my name when they said it aloud and realized anyone who heard it would assume I’m a white man. She explained, “One day you will have to fill out applications for college or a job. We just wanted to get you to the interview.”

In your book you write, “Sadly, most white people are more worried about being called racist than about whether or not their actions are in fact racist or harmful.” Can you elaborate on the importance of this difference in mindset?

I once had a student who was very concerned because her friends repeatedly told her that some of her comments were racist. Rather than defend herself, she went to a mentor and said, “I need to learn more about this, because I don’t want to be racist. I don’t want to be someone who causes hurt.” Her focus was on others and her impact on them.

In a recent Instagram post you wrote, “I’ve not been called to change the hearts of white people, I’ve been called to affirm the dignity of black people… Before I can affirm someone else’s dignity, I must believe deeply in my own - just the way God made me.” Can you share a bit about your journey in believing in your own dignity and what that’s looked like for you?

My journey started when my mom would dress me in the morning and rub cocoa butter into my skin telling me how beautiful it is. Since then, it has involved loving my hair, and finding the right make-up, seeking out books and movies that represent me, and surrounding myself with other proud black women. Combatting the lies of inferiority has been a life-long process, but it is one I take great delight in.

How can we deepen our cross-racial friendships?

I find myself becoming less and less interested in cross-racial friendships. I am interested in partnerships, in coalitions, in communities.

I am interested in shared passions, strategy making, and reaching toward a common goal. And that requires mutuality, trust, and a commitment to learning.

That requires honesty, self-reflection and an honest look at history. Let’s deepen relationships while we fix the world.

How has your most recent book, I’m Still Here, impacted your life since it came out?

I’m much busier! I travel quite a bit to talk about the themes of I’m Still Here, and I truly enjoy doing so.

Tell us a bit about your most recent project, The Next Question!

The Next Question is a talk show web series dedicated to moving the race conversation forward. It is for people who want to be good activists, good allies, good accomplices, and good anti-racists. Our guests will be authors, historians, and activists who can teach us more about racial justice. We are winding up the Kickstarter for this project right now. If we make it to our goal, filming will begin this summer and the episodes will be released this fall!

[Update: The Kickstarter was successfully funded!]

Where can we find you and connect with your work?

5 Simple Swaps for Zero-Waste Living All Under $10

How to Know When It's Time to Pivot Your Business Model