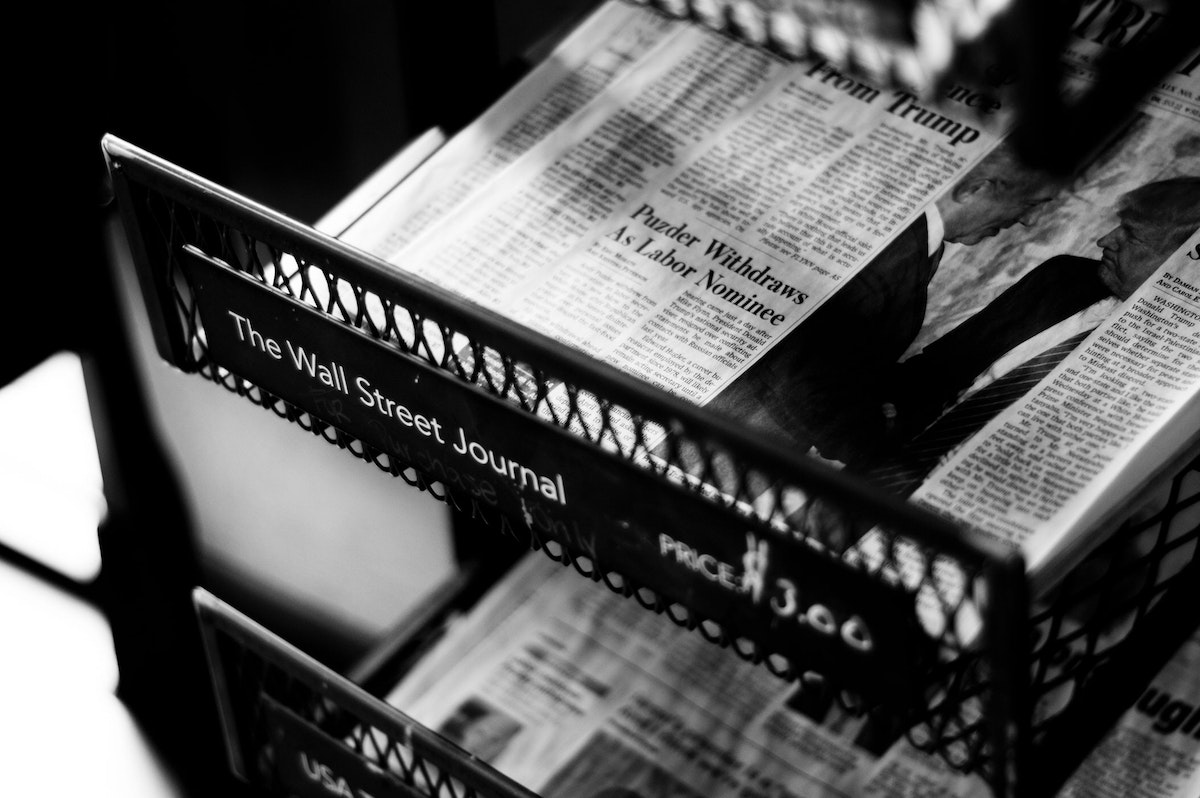 A lot of headlines don’t matter, but some actually do.

You know that awkward moment at a social event when someone asks you, “Hey, what do you think about insert world event here?” and you proceed to nervously sip whatever beverage you’re holding and pretend to TOTALLY know what they are talking about? Yeah, that sums up at least 17% of my conversations living and working in DC. The trick? Knowing which issues actually matter and which can be overlooked. Because between figuring out what to cook for dinner and how to make a dentist appointment, there’s only so much brain span left for being an informed citizen. Here are the top five headlines to pay attention to right now:

On the left, a menagerie of Democratic candidates, from Starbucks executive, Howard Schultz, to Midwest-hailing Amy Klobuchar, are creating mediocre logos, cheesy slogans, (no Presidential race is complete without them), and gearing up to present their vision for the future of the Democratic party. The candidate pool features more women and people of color than ever before. Some noteworthy candidates? Senators Kamala Harris, Elizabeth Warren, and Kirsten Gillibrand are expected to run competitive races.

What to keep an eye on: Whether the party will embrace Democratic Socialism, championed by candidates like Bernie and Alexandria Ocasio-Cortez, or whether the party will choose a moderate candidate to win over Middle America, like Amy Klobuchar or Beto O’Rouke (A Democrat who almost won the Senate race in Texas of all places!? Yeah, that happened). Also, award for candidate with the best IG presence so far goes to: Cory Booker.

2. China, the next global superpower? Not NOT a thing.

The hype over Russia and North Korea has somewhat died down as we’ve realized who the real threat to national security is: China. Here’s what’s awkward: Trump and his administration have different ideas on the best way to counteract China’s ambition. Trump is a big fan of tariffs (taxing imported Chinese goods), whereas most China policy advisors agree that tariffs aren’t super effective. The Chinese government is doing some pretty shady stuff, like intensely monitoring their citizens with a social score and facial recognition technology (Google it, it’s wild), and regularly stealing US intellectual property. US policymakers are majorly side-eyeing China, as they should be.

3. With low approval ratings post-shutdown, Trump is attempting a more optimistic rebrand for 2020 (see: chipper, restrained tone of his State of the Union address), but will keep pushing for that wall.

His tough stance on immigration is a hallmark of his first campaign, is popular with his base, and is a campaign promise he intends to keep. With a Democratic majority in the House, led by Nancy Pelosi, expect a whole lot of friction. Crossing our fingers it won’t amount to two-month-government-shutdown level friction, BUT the issue won’t magically resolve anytime soon. Even after Democrats conceded to a modified funding package that provides for a variety of border security measures: “physical barriers” (nice term for: partial wall), technology, and more border personnel, Trump declared a national emergency to access more funding. If that sounds concerning to you, you’re not wrong. Republicans face a tough choice of whether to collectively oppose Trump’s move, or acquiesce.

4. What the heck is the US Military strategy in the Middle East (does anyone ever know)?

Short answer: not really, tbh. Long answer: the US (especially Trump) is trying to scale back its presence in Syria and Afghanistan, and experts are very conflicted whether this will provide a power vacuum for ISIS to fill. In the past 2 years, almost ALL of the territory claimed by ISIS has been regained, but whether it’s premature to scale back US involvement is a question the remains to be answered in 2019.

5. Venezuela - the next democratic revolution?

So, we’ve got super suave (great hair btw) Juan Guiadó leading the opposition to current President Maduro. Maduro has a terrible track record of oppression and just all around not-awesome leadership, so democratic countries worldwide have quickly lined up to support Guiadó. A typical daily to-do list for Guiadó includes: 1) answer incoming call from Prime Minister of Denmark, 2) sympathetically listen to woes of a rural Venezuelan grandmother, 3) lead national resistance.

What to keep an eye on: Whether the protests and Guiadó’s claim (Legitimate? Illegitimate? Shrugs) to the presidency will escalate to further violence.

The news can be intimidating, depressing, confusing, and an all around downer at times, but it doesn’t HAVE to be. I’m determined to make news more beautiful and more fun. Because the world is a really interesting place, and deserves our, at least partial, attention. For more non-headache inducing news commentary, check out Mira! And next time we run into each other at a social event, we can pretend a LITTLE less to know what’s going on!

How to Add a Give Back Model to Your Product

Breaking down Breathwork: What to Know About Trying This Form of Meditation