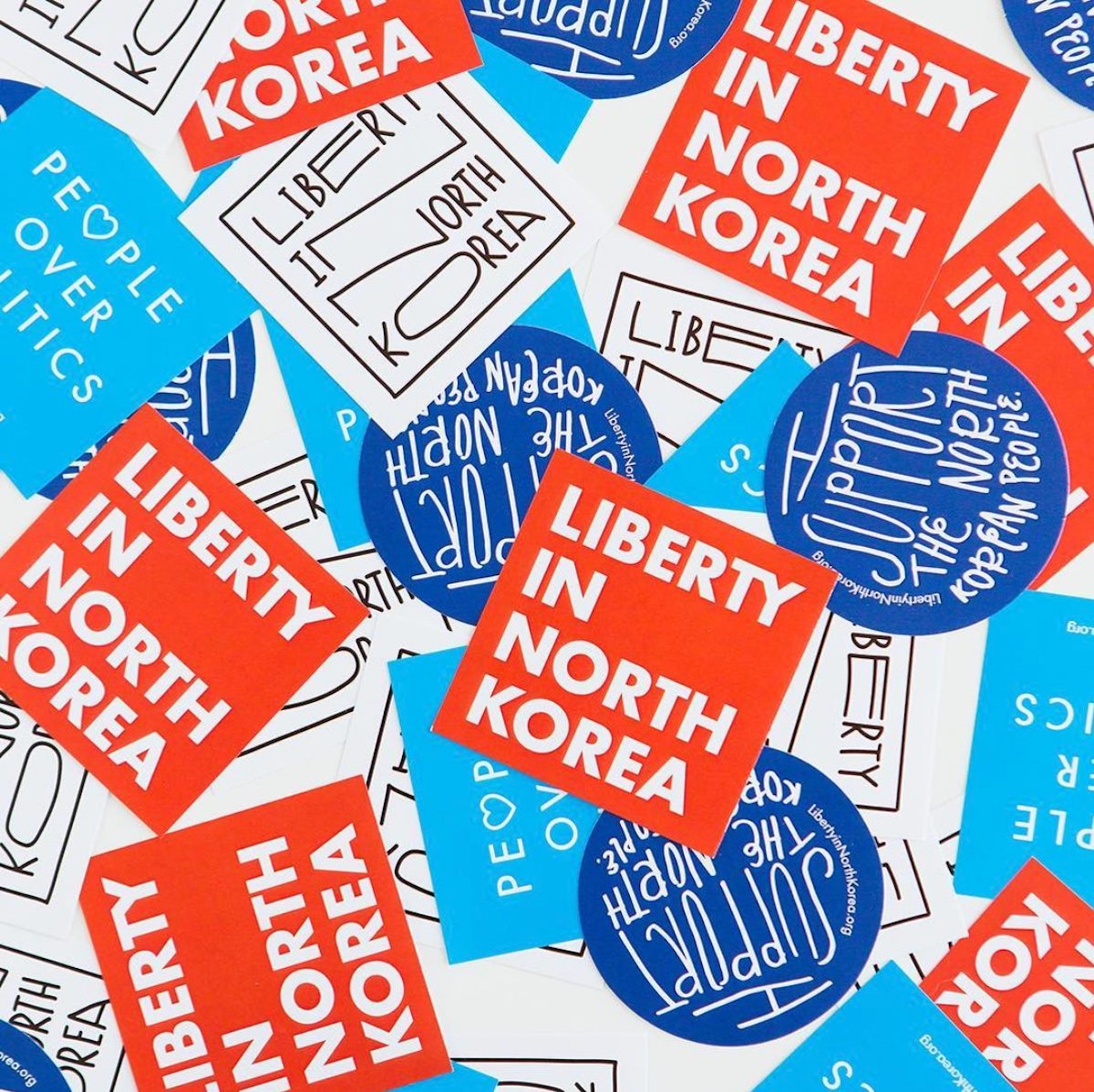 I first became aware of North Korea’s many human rights violations during a summer I spent in Hawaii. It just so happened that nearly half of my friends that summer were from South Korea. As we grew to know each other better, my new friends started sharing stories they’d heard from parents and grandparents about friends and family that were still in North Korea. I remember being shocked hearing them speak about people who had made it over the North Korean border to only be shot as they ran towards freedom, or of letters being snuck out of the country hidden in visitor’s shoes to be delivered to their family in South Korea.

Today on the blog, we’re hearing from LiNK’s President and CEO, Hannah Song, about the incredible work they’re doing to help North Korean refugees, the different needs North Korean refugees have upon leaving, and how any of us can easily get involved to help this crisis.

To readers who may be unfamiliar with LiNK and the important work that you do in North Korea, can you give an overview of the problem that LINK is addressing, and the solution that LINK offers?

North Korea represents one of the biggest challenges facing humanity today. It is the most closed system of any country in the world and is isolated from the rest of humanity. North Korea is extremely repressive and is widely recognized as one of the worst perpetrators of human rights. The government attempts to deny any form of political, economic, and information freedom.

25 million North Korean people lack the most basic rights - freedoms of speech, movement, religion, and even access to information.

Thousands of North Koreans have risked their lives to flee these conditions and to escape their country in search of food, family and freedom. However, the North Korean regime makes it illegal to leave the country without state permission.

For those who manage to escape into neighboring China, they are still at grave risk and are often forced into hiding because the Chinese government refuses to recognize them as refugees. Instead, they cooperate with the North Korean government to arrest and forcibly send people back. If they’re caught and sent back, North Koreans are at great risk of harsh punishments, including brutal beatings, forced labor, forced abortions, torture, and internment in political prison camps.

Many North Korean women in China find themselves victims of sex trafficking, forced to work in brothels or online sex chatrooms, or are bought and sold as wives. Some women have been sold for as little as a few hundred dollars to a few thousand dollars.

At Liberty in North Korea we work alongside the North Korean people to accelerate positive change. Our efforts are currently focused in these strategic areas:

Refugee Rescues:
We help North Korean refugees escape safely through a 3,000 mile modern-day underground railroad, and then resettle in South Korea or the U.S.

Post-Resettlement:
Newly arriving North Korean refugees face a range of challenges as they acclimate to new societies. LiNK provides resources and guidance to assist with a smooth adjustment and quick transition to self-sufficiency through resettlement counseling, interpretation and translation services, education grants, workshops and community events, and by providing information and referrals for additional support services. LiNK also invests in the long-term ambitions, potential, and strength of the North Korean people by building a community that will equip them to pursue their dreams, and by cultivating the next generation of North Korean storytellers, advocates, and leaders.

Changing the Narrative:
In the global mainstream media North Korea has been defined narrowly as “crazy Kim and nukes,” and that has caused a deficit of support for the North Korean people. We are changing and broadening people’s perception of this issue in order to mobilize the level of support that the North Korean people deserve. We work directly with North Korean defectors and other experts to develop new insights, frameworks, and ways of understanding the issue, and then we disseminate this to journalists, policymakers/governments, and our grassroots movement.

Where does your personal passion for freedom for North Korean citizens come from?

Almost 70 years ago, my grandmother left Pyongyang to visit her brother in Japan. But after the division of the peninsula, she was never able to return again to see her husband and two children. Understandably, she never talked about her life in North Korea. So my interest in the issue was actually spurred by a book I read, “The Aquariums of Pyongyang,” about a little boy who was imprisoned with his entire family at the age of nine in one of North Korea’s brutal political prison camps. The story shocked me, particularly because I would later come to learn that these camps still exist today. I felt overwhelmed by the sheer enormity and complexity of the issue.

I also felt increasingly frustrated by the lack of meaningful progress and the unbelievably small amount of attention and support there was for the North Korean people considering the size of the issue.

Up until that point, my career had been in advertising and digital media - creating strategies to improve brand affinity and trying to influence the way people perceived, purchased, and engaged with consumer product goods. At one point, I wondered if the same strategies and tactics could be utilized to “re-brand” North Korea to rally more attention and support for the North Korean people.

We have witnessed the extreme depravity of mankind throughout history - the unfathomable horrors of the holocaust, the Cambodian genocide, the Soviet gulags, and Rwanda. And despite how resolutely we have declared “never again,” history has continued to repeat itself. When I came to learn about what was happening in North Korea, I did not want to be a mere witness or a passive bystander.

Why is it important to help North Korean refugees after they have already left North Korea?

We work directly with North Korean refugees because of the humanitarian imperative - the grave risks they face in their courageous escape and the unfathomable challenges they face throughout that journey and even into their resettlement in a new country. But also because we have seen their undeniable potential as some of the most effective agents of change on this issue.

Once someone escapes from North Korea, what do they typically do? What struggles do they face?

North Korean refugees, as individuals, face different resettlement challenges depending on factors such as age, gender, family status, education, socioeconomic status in North Korea, and experience in China. North Koreans come from a society that is significantly behind the economic, technological, and social progress of South Korea. North Koreans we work with have often said that coming to South Korea was like stepping out of a time machine and fast-forwarding 60 years. This is understandable because in many ways North Korean society resembles South Korean society in the 1960s.

Some of the common challenges include the lack of certain skill-sets such as computer literacy, English language proficiency, professional skills, and cultural norms; psychological issues such as loneliness, anxiety, depression, PTSD, and identity issues; and social challenges in South Korea as they try to acclimate to a wary society that lacks a fundamental level of education and understanding about their northern neighbor and is often suspicious of things related to North Korea.

However, if we view the post-resettlement experiences of North Korean refugees in the context of their challenges, we can see that not only do many of them show remarkable resilience and spirit in tackling these challenges, but they are also able to study and work (often at the same time), and find their feet in their new society, and many are even able to send thousands of dollars back to their families in North Korea.

LINK helps North Korean refugees to settle into new lives - what is one of your favorite refugee freedom stories?

LINK works to introduce a narrative about North Korea besides the one we see in mainstream media - why is that important?

North Korea is in the news often, and yet there is a significant part of the narrative that has been missing: the stories of the North Korean people.

Our TV screens and news feeds are flooded with news about North Korea that focus mostly on nuclear weapons, security issues, and Kim Jong-un.

And while these issues are certainly important they should not define North Korea. Rather, 25 million North Korean people should be at the center of the headlines - the ways in which they are overcoming extreme challenges and forging incredible bottom-up changes inside the country with their resilience and ingenuity. The greatest potential for change on this issue lies within the North Korean people.

What have you found to be the most common misconception about North Korea and its citizens?

One of the most common misconceptions about North Korea is that it is an impossible or hopeless issue that can only be approached through high politics. Some of the most common misconceptions about the North Korean people are that they are helpless and brainwashed. When we do see images of the people often they are portrayed as goose-stepping soldiers or brainwashed loyalists participating in highly orchestrated state celebrations or sobbing at the death of their leaders. But these portrayals and the rhetoric on the issue can be extreme and ultimately dehumanizes the people.

How can Yellow’s community get involved with LINK?

Is there anything else you would like to add?

Although it is impossible to know when that will happen, we believe that the most effective role we can play on the outside will be one that supports and empowers the North Korean people to be able to drive and accelerate that change from inside.

We believe the North Korean people will achieve their liberty in our lifetime.

How Your Enneagram Type Can Be Most Effective & Fulfilled at Work