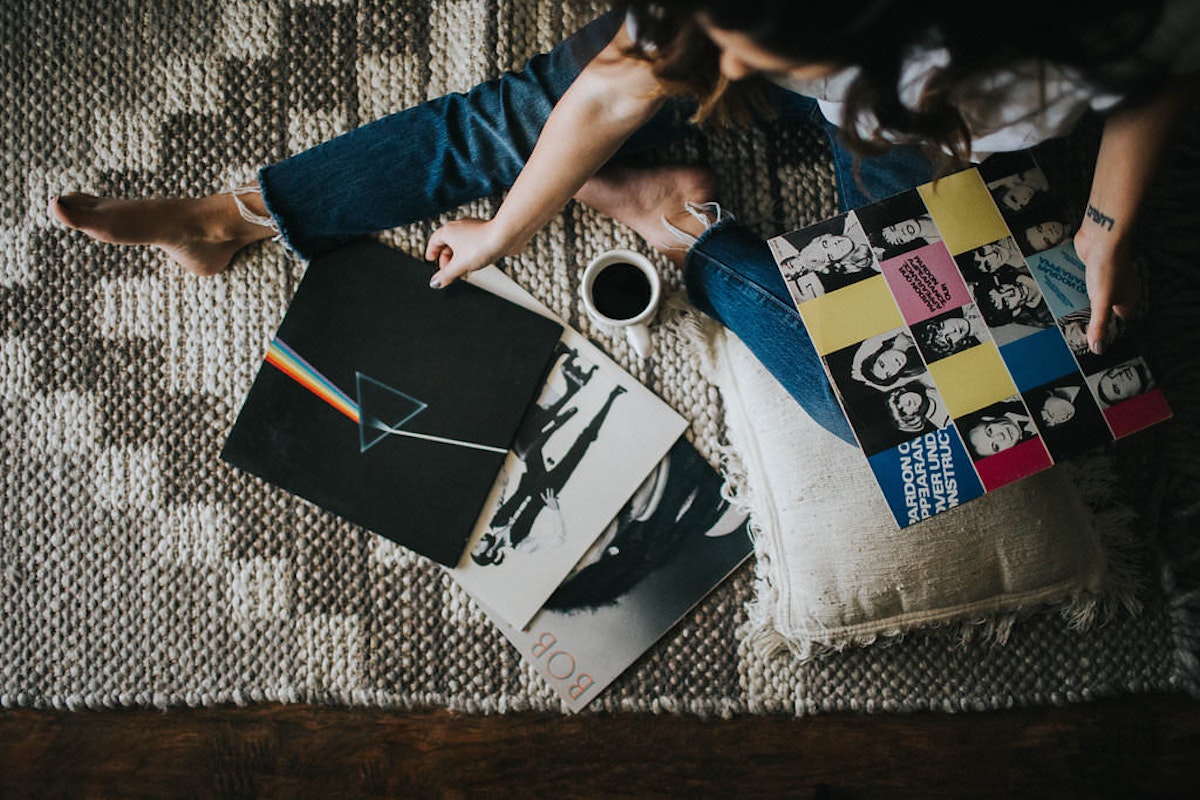 The year before that I had only successfully finished two, as that was the year I thought it would be a good idea to work a part-time gig on top of my full-time one. But all growing up and well into my twenties, my days were filled with thoughts, melodies, ideas, poems and feelings - so many feelings.

Even with my rudimental comprehension of music theory, the only possible antidote I had found to avoid emotionally combusting was to compose songs.

I’ve been writing for as long as I can remember, and not just songs but stories and poems as well. In school, I took any opportunity to turn in an original story or song, regardless of whether or not a creative element was assigned.

I remember writing a song about a crush in 7th grade that I refused to share with a single soul, but instead offered up to the skies along with my hope that anything would ever be reciprocated. My last year of college I presented my final assignment - a song I had penned inspired by Steinbeck’s The Grapes of Wrath that was a medley of Woody Guthrie’s “This Land is Your Land” and my own homage to the Dust Bowl sojourners. On the morning of one of my best friend’s wedding day, I slowly walked around our cabin waking up all of the bridesmaids and bride, guitar in hand for an impromptu song about the fun, joy, and love awaiting us that crisp, blissful November day.

Then, for whatever reason, I stopped writing.

People always ask, from acquaintances to those within my inner circle, if I’ve written anything lately. And it’s the same refrain every time - some excuse of how I’ve been working endlessly or some joke to detract from the guilt that immediately begins to swallow me whole, a quiet but lingering shadow that leaves me in tears on the drive home. Part of it is true - priorities did seem to realign themselves when I started working those crazy hours. Then there too was the shame; for all the years I’ve owned a guitar, I was embarrassed that I wasn’t already more adept, more skillful and thus, didn’t feel motivated to play at all.

To be honest, I’ve grown restless towards the question because I’ve shrunk defeated by the answer. A friend once lovingly prodded deeper, after I had disappointed myself yet again when that infamous question had come around. She wondered if perhaps I wasn’t writing songs because it had become something I truly wasn’t interested in anymore. But that notion didn’t sit well with me, while a generous and valid proposition. I’ve always felt most articulate when I’m putting pen to paper. Despite the years of being a wing-clipped, dry-throated songbird, I know there are songs still to be written that merely lie dormant within me. Couldn’t we leave it at just being a matter of time?

But I was long past the point of attributing it to a creative drought or rut. In failing to show up, I was slowly being written off. But who was behind the writing off? Was it the lack of meeting others’ expectations of me or my own procrastination that was more upsetting? Why had I let various things take precedence over the artesian-well-kind-of-resource of comfort and clarity I’d found in songwriting for so long?

Who was I finding that was more disappointed - other people or myself?

The questions about my songwriting that come from those who care enough to ask are most assuredly rooted in genuine interest and championing motivations. Over time, I have thrown a cloak over their kind intent to inadvertently and deceivingly convince myself that I am nothing but squandered potential.

We do not have to stay defined by the repeatedly unfinished checklists, the heavy, bad days, the lonely stretching deserts in our lives.

We do not have to set up camp surrounded by the deferred dreams, the barely tethered hopes, the failed resolutions, the bitterness and resentment. We do not look at the rubble and forget what beauty existed before. No, rather we link arms in the aftermath, watching in wonder as it calculates the new and fresh ways beauty can exist again.

With a little help from our friends, our vision restored, we can push on and push through, taking the necessary strides to stay tender and patient with ourselves. We can start afresh in the new year, the new month, the new day or even in the next new minute. We’ll tip our hats to the lessons we learned and lengths in which we grew, then gently step back into the sun.

Maybe for me, the tender and patient step forward this year will be writing one poem, or finishing a long forgotten unfinished verse. Maybe that will be enough. But maybe I’ll rise high with a song like the phoenix, out of the ashes, regenerated and familiar, but somehow still wildly new.

6 Bite-Sized TED Talks for Every Mood