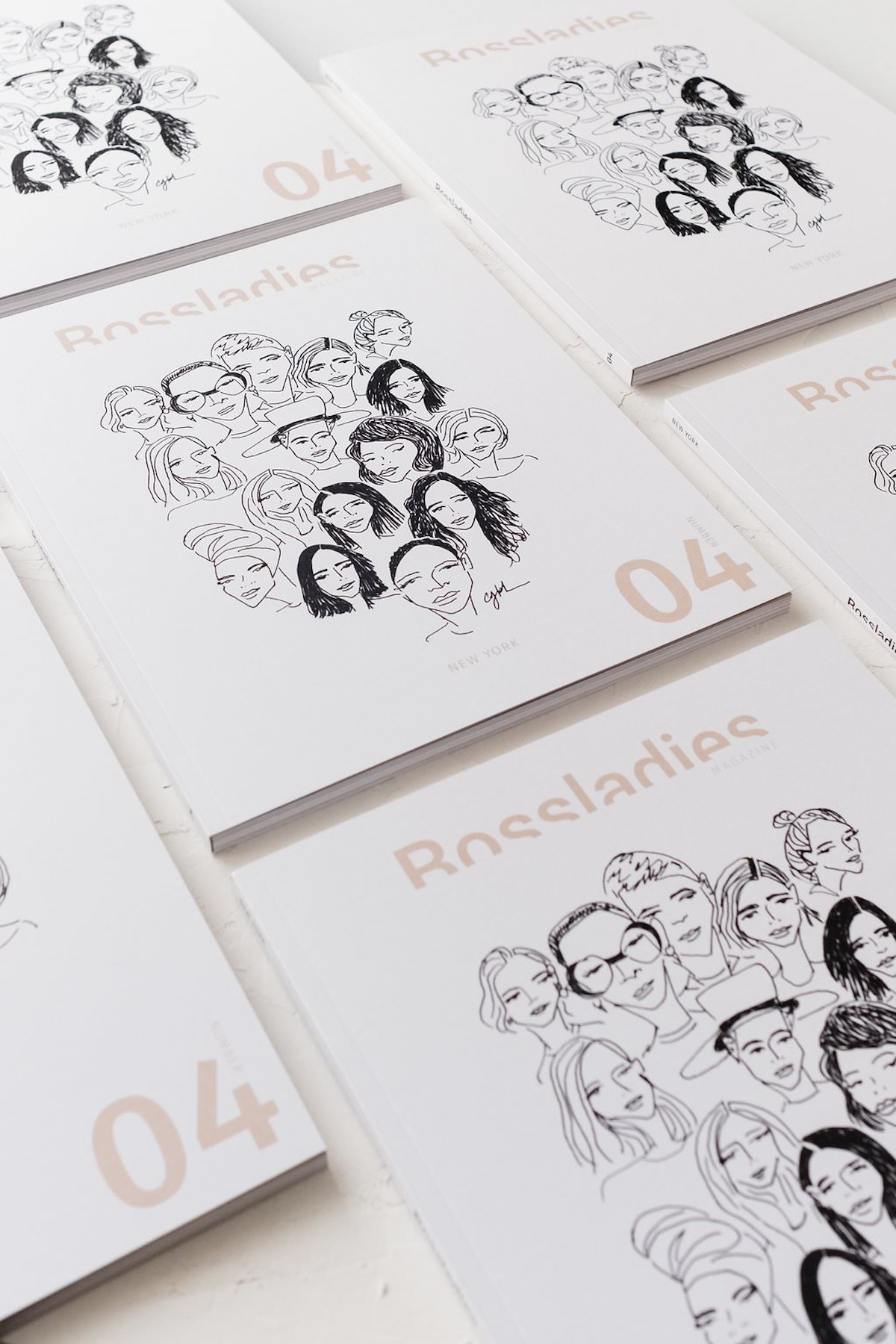 I’ve seen many terms thrown around for women in leadership - the entrepreneurs, CEO’s, and bosses. And while their intent of empowerment, of recognition, should never be lost, I’ve also seen these words paint women in these roles in an indelicate, and sometimes, inhuman light. The kind that further fosters competition over community among women, or plants the seed that to be successful as a “boss”, women must take cut-throat measures.

I have been encouraged, to say the least, over the past few years to see what feels like a wave of companies and individuals whose goal is to bring women together and celebrate them in all their glittering individuality. By taking an elegant, reverent approach to highlighting women doing the incredible, Bossladies Magazine has been doing just that. I was able to hear from their founder, Chelsea Sonksen about why she started their biannual magazine, how she created the community she had been longing for, and the intention she thinks we should all have this year.

Where did your desire to start Bossladies come from? Tell us a little about the story of starting your business.

It was born out of loneliness, really. I was editing novels at the time for several authors, which meant I was sitting at home in front of my Macbook all day with only my kitten to keep me company. I so enjoyed working for myself and really loved the books I was editing, but I missed being surrounded by other creative people doing interesting things.

Most of my friends were also running their own businesses, and they were working from home too. We all felt isolated.

We were so proud to be doing our own things and carving our own paths, but we needed a tribe.

The first magazine we ever produced was meant to be a Kickstarter prize as we raised money for a studio. But I soon realized that the kinds of women whom I wanted to invite to be part of the studio, their businesses were too young and not yet making enough revenue to support for a studio space on the westside of LA, where, as you know, rents are astronomical.

We pivoted the business to focus solely on the magazine, thinking that we could help the women in our community feel more connected to one another through stories. There was such an overwhelmingly positive response to that first magazine that we knew it was something women had been yearning for – a publication that spoke to their actual interests: business, entrepreneurship, sustainable fashion, women’s health, politics, and social good. We committed to honing the magazine to best serve the needs of these women and to create a publication that met them where they were at. Six months later we launched our Work Sesh event series, and that filled the need for community and friendship that I’d been searching for.

You define bossladies as women who pursue their passions, who live lives of generosity and creativity, and who take charge of their destiny. Who are three bossladies that inspire you?

There are so many. But right now I’m so inspired by Ava DuVernay, Lena Waithe, and artist Alexandra Bell.

We have so much on the docket for next year. Our San Francisco issue will release in May, and I’m excited to see that out in the world. In this issue we’re featuring seven of the most incredible women in SF, and the magazine will have a chapter on each of them. We’ll continue hosting our monthly Work Sesh series in LA with a circle of 30 entrepreneurs. And we are in the early stages of planning for our first Bossladies conference in November of next year with a focus on growth and scaling for women two to ten years into growing their businesses.

Are there any areas in either your personal life or business that you know you need to bring some tenderness to?

I like to think we always have the capacity for more tenderness. I hope to be writing more poetry next year - allowing myself space to process grief and sadness that I’ve spent a good long while shoving aside.

Sometimes the days get so full with the rushing, the lists, the doing that we (by which I mean I) don’t save enough time and space for reflection, feeling, sharing, intimacy.

I want to be more intentional with the things I take on next year to make sure I safeguard my space for those things.

Many of our entrepreneurial readers are always looking to learn more about good financial practices for growth as a business owner. What tips can you share with them that you’ve learned from running your own company?

You only have one real opportunity for a first impression in your business. Therefore, the way you present your brand to the public at the outset (branding, logo, launch event, early partners and collaborators, etc.) is the way they’ll think of your brand long into the future. It will take a lot to change this initial perception. So invest the money to make sure this first impression is a strong one. It will create opportunities later on.

In addition to the biannual magazine, you hold a series of four Work Sesh gatherings each month for 30 creative, driven women to come together to support one another, brainstorm ideas, and collaborate on projects. What was your hope in creating these intimate gatherings? What growth have you seen in the women who have attended?

My hope was that women would find a circle of friends, collaborators, colleagues, mentors, sounding boards, and confidants. I never anticipated that they would love each other as much as they do – or that they would support each other’s businesses quite as they do. I’m deeply grateful for the way they continue to show up for each other. Our Tuesday mornings together (and now Wednesdays too) is my favorite part of the work week.

What is your creative process like in choosing the women to feature in each issue - from illustrators to articles?

I could probably write a whole article on just this alone. At the end of the day, I try to make a publication that my college professors would be proud of me for. A magazine that trivializes nothing, in which the aesthetic communicates the artistry, maturity, elegance, and intellect of the women whose stories we tell.

You clearly value collaboration and community over competition among women entrepreneurs - something that can at times feel rare. What are some valuable things we can do to empower and link arms with other women?

Smile at other women when you pass them on the street.

It’s such a small thing, but I think it’s the first step toward demonstrating that we support one another, we are FOR one another, and we aren’t judging one another (as I think we all sometimes fear.)

You also have a small curated online shop of lovely items all made by women-run businesses. What are your hopes for the future of Bossladies - from the magazine, to the gatherings, to this online shop?

I want to continue to build a brand that celebrates women’s ambition and excellence, helps them cultivate a life of purpose, and connects them with a community of other women who will be there to support them through it all.

If there was one word, practice, or intention that you would encourage our readers to focus on this year, what would it be?

Save space for the things that are sacred to you. Remember that you don’t owe anyone your time or energy. Guard it preciously. Invest it in the people and endeavors that are most important to you.

How to Avoid Social Media Comparison Without Living Under a Rock

Tired of Lists? Design Your Own Word of Intention for 2018 Instead