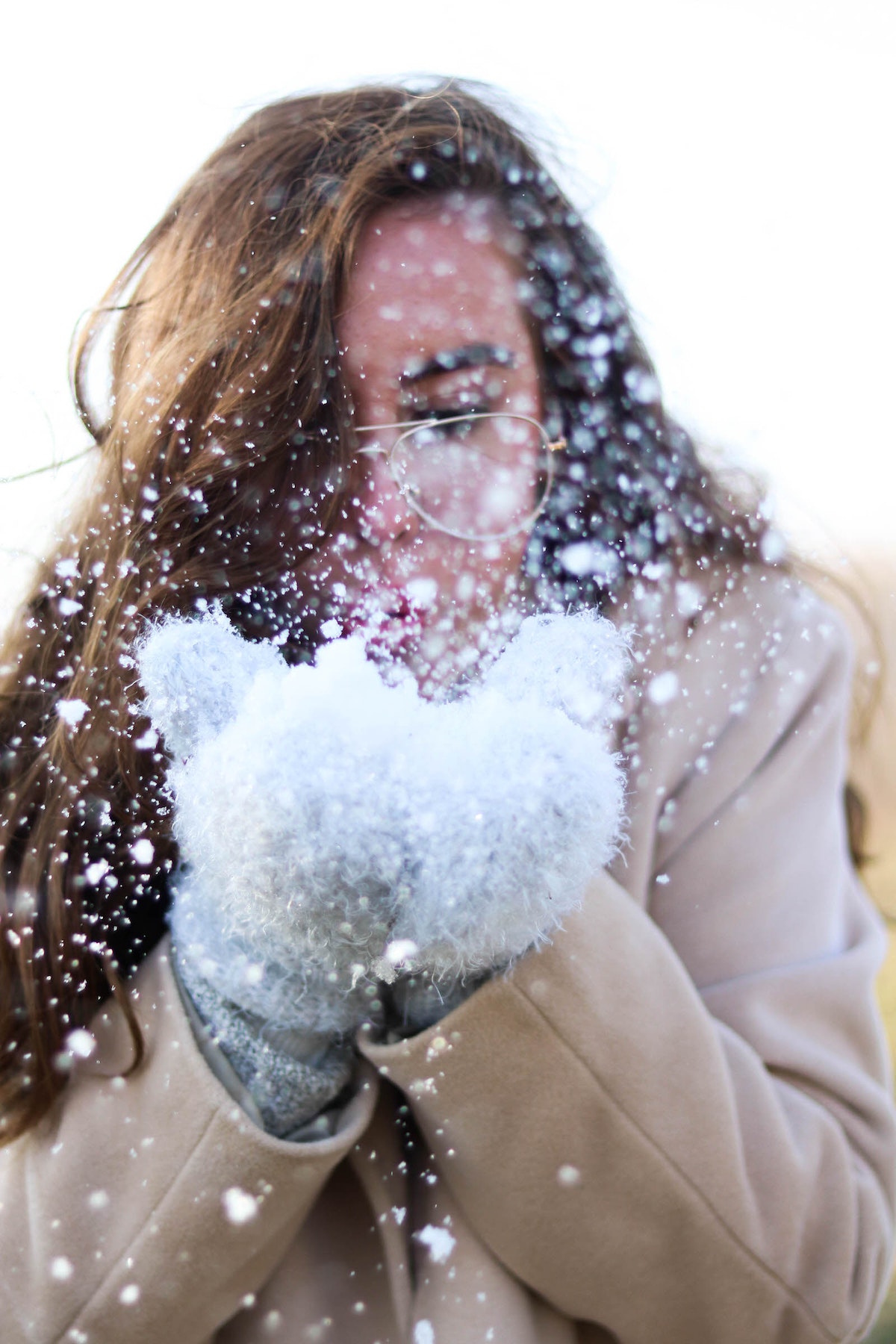 Here’s to the new year, to the fresh slate I know we all need, and to the old that is now gone to make way for the new. I’ve got 12 resolutions that I’d invite you to do in solidarity with me but first, please repeat after me with your hand over your heart: I solemnly swear that this year, I want to be up to all of the good.

1. Know the names of the baristas at the coffee shops you frequent.

One of my dreams in life for the longest time was to walk into a small local establishment, have the baristas greet me by name, and then ask something like, “The usual iced Americano today?” I got that wish late last year, but it took me way too long before I finally learned all of their names with it. The barista, the crossing guard, the grocery store clerk, the receptionist - they’re all humans too with stories that start with just a simple smile and, “What was your name?” Take the services, give the humanness.

I don’t know how to break it to you, but if you aren’t aware of what Stevie Wonder has contributed to music and how he has influenced many of the artists of today’s generation, you are missing out. And that’s just Stevie. Perhaps I’m biased, but I don’t think Motown is as much preference as it is history. Plus, it just grooves. Put on some classics every so often and I dare you to keep from tapping your foot. I dare you.

3. Bake dishes and treats for your friend’s parents and siblings.

Our favorite people in the world are who they are today as a result of a plethora of things that have shaped them, often including the people who have raised them and influenced them for the better. Get to know these communities and tribes too and you’ll find that you suddenly know your friends a little bit more. Ask your friends who they consider family to be and then go out and love your friends better by loving who they love too.

4. Reread all of the books you were supposed to read in high school - or maybe read Sparknotes instead.

Please don’t ask me to tell you what The Scarlet Letter was about because I watched Easy A with Emma Stone and obviously know all about it. But really - these books were assigned to us for a reason. There’s a reason story after story is transformed into a major motion picture. Revisit the classic literature you wrote essays about in your youth and know that, as a professor informed me of once, rereading a book is a sign of intellectual prowess (even if you skimmed it the last time around).

5. When meeting someone for the first time, ask a question other than, “So… what do you do for a living?”

Often times, particularly in Western culture, we let our occupation or ideal vocation drive our goals, dreams, desires, and even conversations. This isn’t entirely bad but, I think it’s important to remember that we’re human first and we’re more than our 9-5 or freelance gig. Why not practice unconventional ways to get to know a person by finding out a concert they went to recently or the snack they’ve been obsessed with lately?

Sometimes I look back at how I dressed myself in high school and take a moment to thank the good Lord I had friends. Some of my fondest memories are with those that stuck by my side then, and even though we’ve all moved to different places now, I can still honor the loyalty and pure fun they contributed to my life during such a primitive season. Surprise an old friend with a simple postcard just to say hello - short, sweet, and impactful enough to make it up on the fridge.

7. Offer to drive quickly without thinking first about who drove last time.

This was something I learned from a former housemate of mine who valued generosity without limitation. I drive an eco-friendly vehicle so I feel like I’m always the one designated to drive even when I don’t offer it. And sometimes I grumble under my breath or start recounting all the miles on my car from driving us to and fro. But then I think of all the people who helped me when I was younger by driving me to rehearsal, or to friends’ houses, and then back home after a long day. Shout out to all the people who give without keeping score. And if you’re on the other side, a recipient of this kind of giving, maybe chip in for gas every so often or even crazier, offer to drive instead of claiming that although you’d love to, your car is just a little too messy.

8. Leave with enough time to stop fully at stop signs.

Am I the only one that’s always in a rush? And people always seem to drive slower when I’m trying to get somewhere quickly. But I don’t want my lack of planning to ever come at the expense of my or someone else’s safety. Stopping fully at stop signs is what helped you pass your driver’s test and it should stay that way. Get up early enough in the morning to do whatever it is you need to do before you leave the house on time, or even better, with a little cushion time. And while we’re on the subject, you don’t need to refresh your feed while you are driving, I promise you.

9. Stop bringing your phone into the bathroom.

Okay - this one might make some of you uncomfortable, but here’s the deal. We obviously already know that bathrooms emit an exorbitant amount of germs (and smells!), but combine that with the fact that Time Magazine released an article in August of last year detailing how your phone is 10 times dirtier than a toilet seat. So why are our phones following us into the stall? You can be without your phone for a minute or two, I promise. Plus, if you’re anything like me, it’s only a matter of time before it falls into that swishing vortex as predicted by my recurring nightmares.

Both of my maternal grandparents died when I was in middle school. I remember being confused by my inability to know how to process death at the time. I’m in a season of life now where many of my friends are beginning to lose their grandparents and I don’t know that I’ve progressed much in my ability to process it. But I do know that I’ve still got two grandparents who I love dearly and even though they ask me the same questions every time I call, it’s worth it every single time. There is wisdom to be gleaned and stories yet to be breached within the generations before us. Set aside the time with a reasonable goal that works for you - once a month or every other Monday (but make sure you’re not conflicting with their bridge meet-up).

11. Drive around town with your younger sibling (or a friend) looking for expired meters to feed with more change.

An ideal night with my sister is staying in and eating kettle corn while we watch our favorite Netflix show. Change it up by going downtown and walking around the streets together, putting kindness into action. Maybe they won’t ever know that it was you who spared them a ticket or a mad dash back to the car, but as someone wise once shared with me, kindness is currency.

Feature photo by Emily Steffen, other photos by Eun Creative

Practicing the Art of Tenderness: For the New Year, for Ourselves

How to Avoid Social Media Comparison Without Living Under a Rock