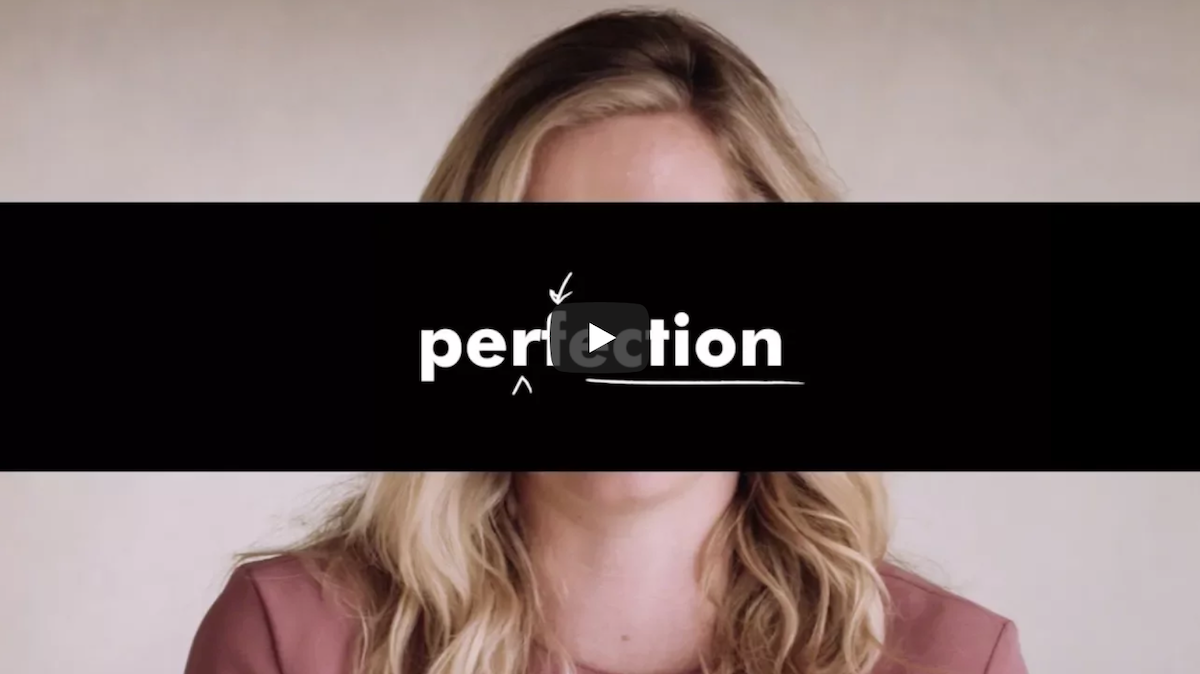 There is an ongoing, sometimes silent, conversation taking place about our cultural standard of beauty. One that, without words, tells many of us that we are not good enough as we are. It’s no secret that media has a loud voice in this conversation, often portraying an unrealistic standard of our bodies, and even, our lives. So it makes me incredibly proud to see brands within this industry taking back this conversation, and owning it in an entirely different way. Darling Media, in association with Aerie, has been working on a feature-length documentary about the search for self-esteem in a retouched world. Featuring over 80 interviews with influential women from age 8 to 80, “self(i.e.)” explores the history and impact of retouching, as well as the dangers of its unchecked use in social media. I was so excited to get an in-depth scoop from Darling’s Founder and Editor in Chief, SarahDubbeldam, on what we can expect from the documentary, and how we can bring hope into our own conversations about self image.

From the beginning, you’ve created a “you are enough” ethos within Darling. In addition to the content you put out, choosing to not retouch women in the magazine is a large part of this. How, and why, did you decide to extend this conversation through a documentary?

The decision to not retouch women in print came first from a desire for women to begin seeing images that actually look like real people instead of, well, aliens. Our hope is that if we can recondition our eyes to seeing and recognizing images of real physical beauty -

We can start to define beauty in a truer sense.

We decided to take this conversation into a documentary with our brand partner, Aerie, because it is such a silent culprit of self esteem in our culture. We wanted to show the emotional connection in sharing the stories of women ages 8 to 80 remembering the first time they became aware of their body and image, and how that has formed how they think about themselves. We also wanted to explore how media and other outlets have played into this. It’s a larger conversation that we really wanted to extend globally to create healing, awareness, and education for people on the topic, and hopefully incite large brands to get on board with a healthier portrayal of women.

In the interviews for “self(i.e.)”, you explore the many ramifications of creating a cultural standard of beauty. What core issues came up the most?

There are very set-in-stone cultural standards for beauty that have really affected women in a deep way. The core issue that came up was that most of the memories these women had were from childhood; when other children would measure them up to a standard of beauty or normality. Those often unkind words have stuck with them into their adulthood, and still affect the way they live and function and feel about themselves today.

For the documentary, you interviewed a wide range of women from ages 8 to 80. How did the experiences of the older women you spoke with differ from the young girls?

We found that women really had the same response across different ages, apart from the use of social media. Many of the older women said they had never taken a selfie, that they think it’s silly, and they don’t think it’s necessary. Whereas the younger women related that it’s something that they do everyday, and they’ll take 50 at a time to get the right photo. With the even younger girls, they aren’t quite at the age of taking selfies, but they are very aware of themselves, their peers, and the digital world. They definitely had thoughts about the other girls around them, and how they compared to and measured up to them.

This month at Yellow, we are having discussions around mental health. Even in the face of increasing eating disorders, mental health diagnoses, and body image issues, “self(i.e.)” is standing for hopeful alternatives to fake standards. How can alternatives that will create a healthier perspective of our self image take shape?

First, it’s about increasing awareness of the problem of retouching, and educating so that people have media literacy.

We desire for people to be able to look at images, realize that they’re not real, and begin to move toward not comparing themselves to those false representations of reality.

Second, we hope to increase people’s awareness of the intention behind the distance between their real and digital self, and encourage more vulnerability in that space. Lastly, we hope for women to be able to evaluate the way they think about their appearance and change the language they use to describe themselves. Words and thoughts are powerful, so this project is seeking to bring more ownership to those spaces, and hopefully transform minds!

What story stands out to you the most from all of those you heard in the making of “self(i.e.)”?

I don’t think there’s one particular story, but I think it’s the through-line of everyone’s story. That there was a point in their life when someone said something to them, or they saw an image that said didn’t align with who they thought they were supposed to be, or who culture was saying they should be. I think about the fact that these thoughts have stuck with them, and that so many think about those moments every single day of their life. It informs how empowered, how confident, how beautiful they feel, and what they say to themselves in the mirror.

It can be easy to want to point fingers and place blame on certain industries, like media and magazines, for feeding into the issues so many struggle with regarding body image. But at the end of the day, it becomes a vicious cycle when, even if we disagree with how it’s being done, we as consumers buy into a product that is marketed in a way unrepresentative of real women. How do you think we can take ownership of this issue through the decisions we make?

Yes, I do think that media and certain industries have fault in this, and do have a responsibility for what they are presenting to women - especially women who might not have the education on what they’re consuming. However, as consumers, we can seek to support companies that are not perpetrating self-esteem issues or marketing to women from a message of, “You lack xyz so you are in need of alteration.”

We have the power to vote with our dollar and support brands or media platforms that are showing a more diverse picture of beauty in shape, height, size, ethnicity, and messaging.

One of the subjects Jess Weiner speaks about in our documentary is that each of us are the CEO of our own platform, so how do we want to display ourselves through social media? Do we want to retouch our images so that we’re presenting unreality to other people? Or do we want to be real and encourage others to do the same?

It is true that there is much work to be done regarding self-esteem on a large scale culturally. But even as we make strides towards this long-term, gradual change, it can be difficult to feel a real, immediate shift in our own day-to-day lives. What encouragement would you give to women right now who are personally struggling with a negative perspective of their bodies and themselves?

The advice I would give would be to write down the thoughts that you have when you look in the mirror during the day, and really stop to catch and evaluate them. You can ask, “A. Who told me this? B. Why did I believe this is true? And C. What’s a true thought I can believe instead of this lie?”

Also, it helps to say some of those things out loud to people in your life who care about you. Sharing, “I always think this about myself,” out loud can really get rid of the power of that lie, and someone else can help you find the truth for that thought. Replacing untrue, negative thoughts we have about ourselves is the main thing we can do, because our thoughts dictate our feelings, and a lot of times, our actions, and how we choose to show up in the world.

Lastly, what more can we expect to learn from “self(i.e.)”, and when can we see it?

You can expect to learn a lot about the media industry, much about the different generations who have gone before us, and the different ideals placed on women and how that has affected culture. You’ll hear very real, raw stories from everyday women, as well as celebrities, around the issue of self-perception. Most importantly, there is a lot of hope presented in the strides we’re making forward and encouragement that it’s not hopeless! We had a fantastic director, Mimi Cave, and are so privileged to have created “self(i.e.)” with Aerie by American Eagle, and we can’t wait for more brands to jump on board this movement. You can expect to see the feature-length in 2018!

A Space for All Women to Thrive: Why I Created the Yellow Collective