We are nearing in on being just a short month away from the  2017 Yellow Conference! Today we’re continuing our speaker series and introducing you to Maggie Doyne, Founder and CEO of the BlinkNow Foundation.

Tell us about BlinkNow, and what inspired you to start it.

MD: When I was 19, I traveled to Nepal for the first time. I fell in love with the country and its people, but also noticed that they were suffering due to a recent civil war. I specifically remember focusing on the state orphan care and the lack of access to quality education.

One day as I was walking along a dry river bed that I frequently passed, a little girl named Hima was breaking rocks and selling them to earn a few dollars for her family. Hima looked up at me and said, “Hello, big sister!” I had this thought: What if I can do something for Hima? Maybe I could even just help her go to school. That’s when I decided to pay the $18 needed for her school tuition, a backpack, and a school uniform. I told myself, if I can do this for one child, I can help other children too…

So I enrolled more kids in school. I later decided to tackle the issue of orphan care and created a children’s home. I used $5,000 of my babysitting money to buy a home for orphaned and abandoned children, and we named it the Kopila Valley Children’s Home. It was just the beginning. Two years later, we opened the Kopila Valley School to educate children in the Surkhet region of Nepal. The BlinkNow Foundation was established shortly after to provide financial support to both the school and home. It’s amazing how far we’ve come, and to think it all started with my desire to help just one child. 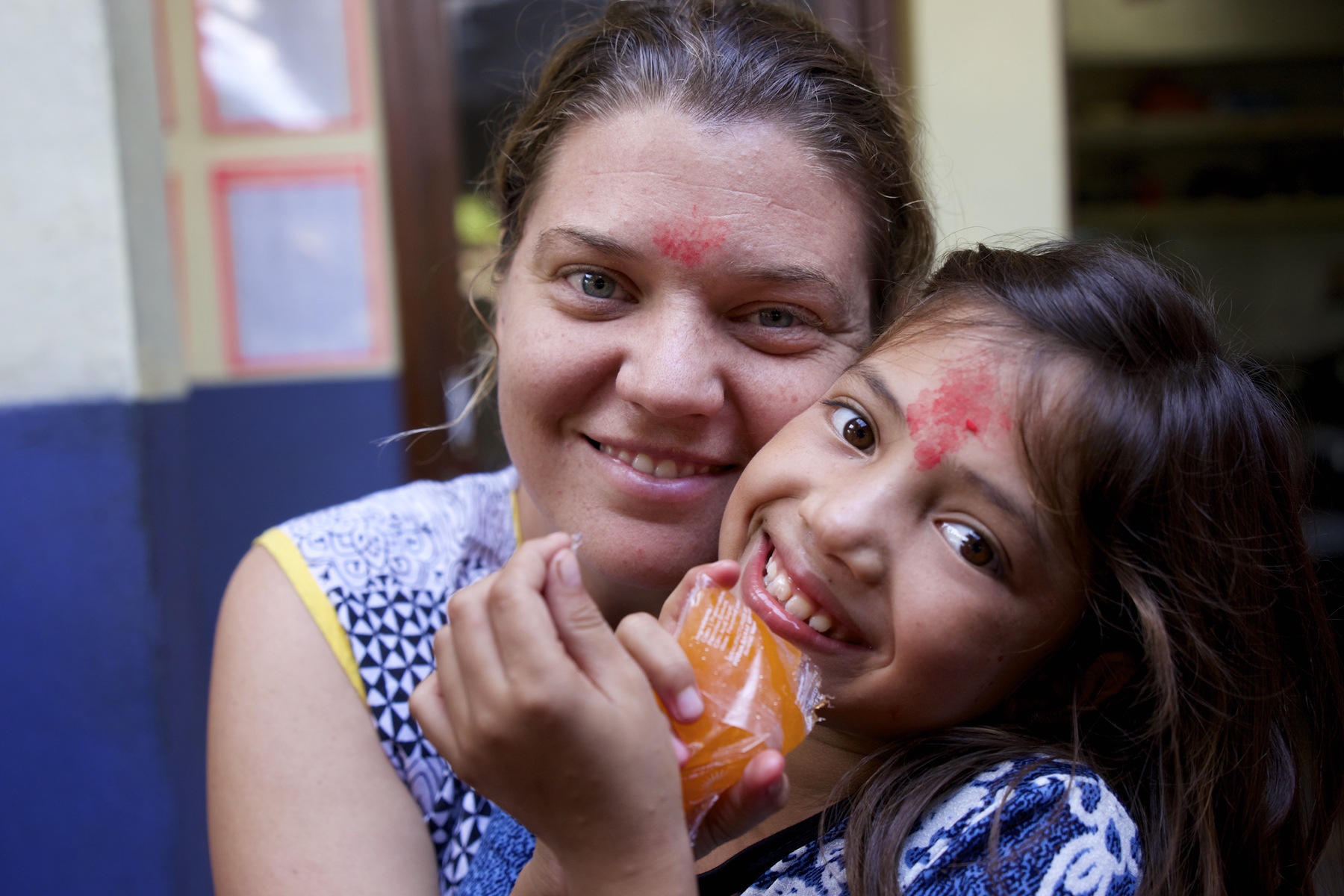 What times of transition in your life have proved most important to get you where you are now?

MD: There have been so many transition periods throughout the years. The biggest one was making the decision to move to Nepal and raise children there.

It was a huge step off the beaten path and from what was expected of me.

I don’t think anyone, including myself, could have seen that direction coming, but I’m so happy it led me to where I am today.

How have your expectations for BlinkNow, and for yourself, changed from when you began?

MD: The path and journey have changed a over time. I started by thinking I would take in just five or six kids to the home. Now we have 50! We have also expanded our programs and our team tremendously. We’ve launched a women’s center, a school ranging from preschool to high school, a counseling center, and a sustainable farm. It all began with just me and my co-founder, but now we have over 150 people on our team in both Nepal and around the world. 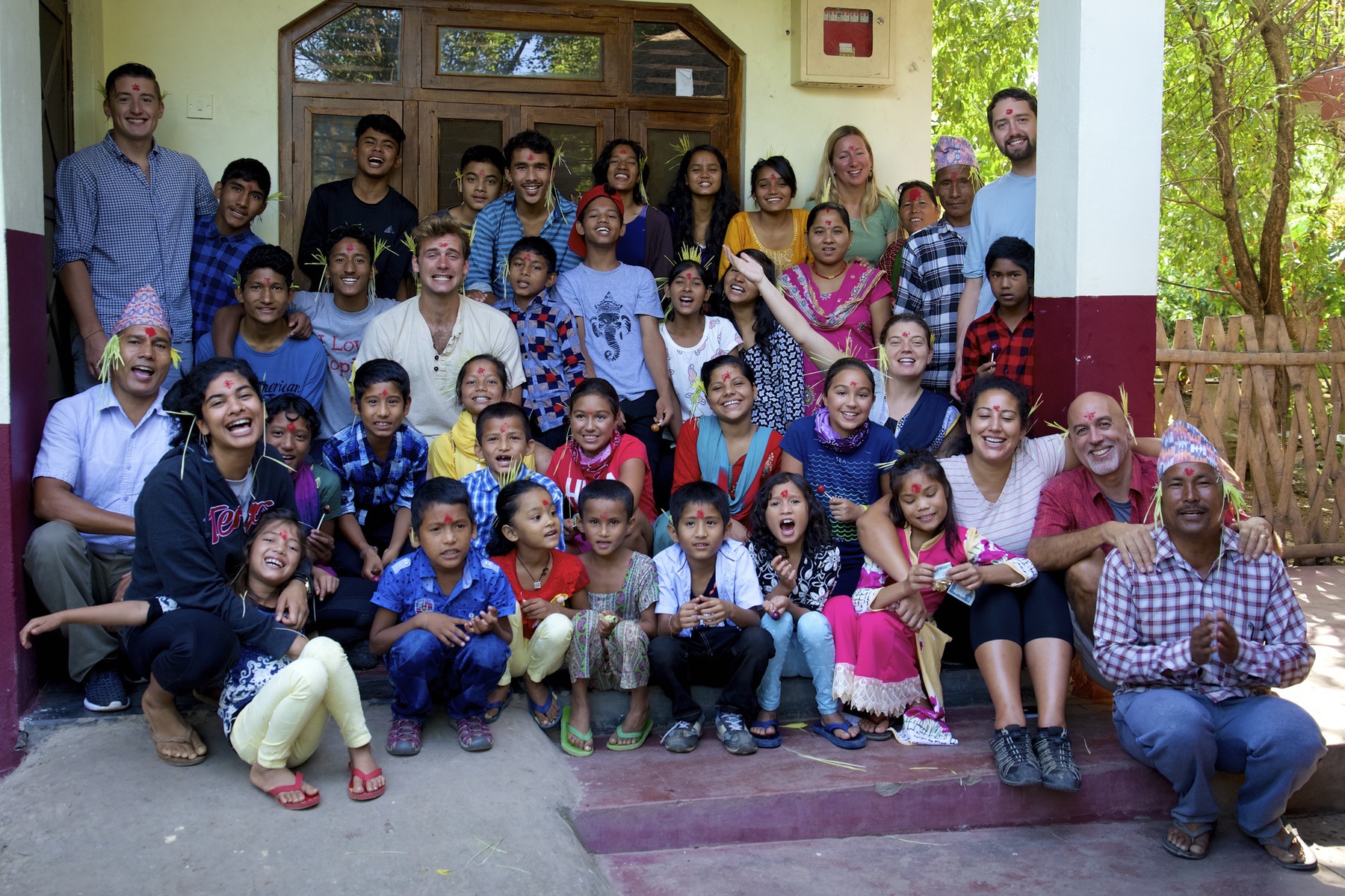 What has been your greatest struggle as a founder and CEO?

MD: I think I often get stuck in my own orbit and forget to lean on other people. I’ve made a concerted effort to reach out to other founders and non-profit leaders to learn from and share with so I feel less alone. Also, I’ve needed to learn to build my team and rely on them more. The balance of being a mother, founder, and CEO is tough and something I’m constantly struggling with and working on. Balance is key.

The theme of this year’s conference is The Present Journey. How we must embrace the process instead of only focusing on the finish line. How does this tension of being present, while looking to the future, resonate with you?

MD: This resonates in a big way. I’m constantly guilty of moving too fast and taking on too many things at once.

With so much need for change in the world, having patience when things feel urgent and life or death is tough.

That being said, I try to take deep breaths and create moments to reflect throughout the day. This year is actually the tenth anniversary of BlinkNow, so we’ve been doing a lot of walks down memory lane - looking back on the last ten years and how far we’ve come. It’s always good to stop and remember where you came from. It helps me to really appreciate the present and all that we have accomplished.

JOIN US AT THE 2017 YELLOW CONFERENCE

Travel-Friendly Ways to Practice Self Care on the Road