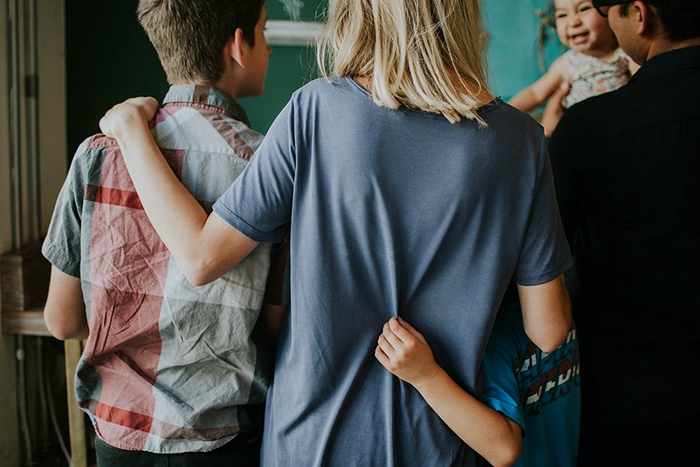 I’m nine months pregnant, helping run a creative business (with some freelance on the side), have four kids ranging from 1 to 17 years old…and my husband just started a new job. Oh, and we moved last week.

Working from home used to be a breeze. I would put my daughter in her little bouncy chair and talk to her while I edited posts and returned emails, would find time to clean the house and have dinner ready by the time that my husband got home. I had my perfect set up little office in our bedroom, and my husband and I would watch Grey’s Anatomy before bed. We had a routine, and we liked it. Then, everything changed.

My daughter became more active-sitting in a chair wasn’t cutting it, and she wasn’t take a million naps anymore-she had downsized to two.

I thought this was big…but then…

My husband and I realized his job was tearing us apart-that it wasn’t bringing us life as a couple and we weren’t on the same page. He was easily working over 60 hour weeks and having to work two jobs to make ends meet…It wasn’t cutting it anymore. So, he put in his resignation.

And two days later we received a call asking us to take an emergency foster placement (you can read more about that here).

Life was not so normal anymore. In fact, it was sheer chaos.

We became a family of 6 (+1 bun in the oven) living in a three bedroom town home overnight. And we lived like this for nearly six months, as we were waiting to see where my husband’s job was going to take us. We moved our one year old daughter into our room, where my desk used to be, and all her toys to the living room. The kitchen and living room were always disasters, and summer (which equals no school) was upon us-four kids. Home. All day. With me.

Needless to say, I felt like a hot mess 99.9% of my days the last six months. My creative space was gone. My creative mindset was blocked. And I was in what you would call SURVIVAL MODE. 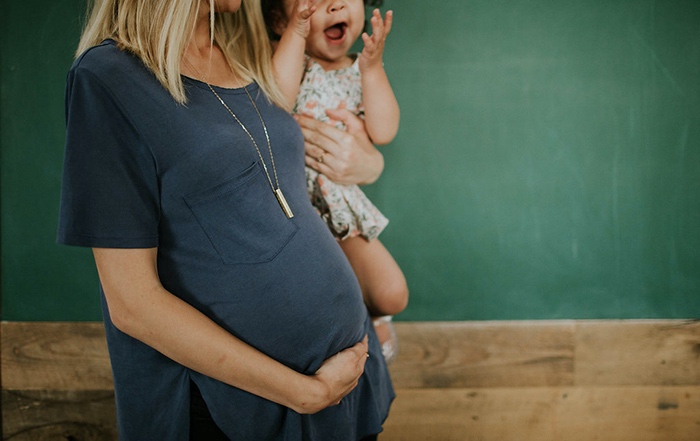 _We’re slowly leaving that strange land called survival mode…But in the midst of that craziness, work still needed to happen. My clients still needed me to write and style shoots, and Yellow Co. still needed a kick ass blog (at least…I hope it was still kick ass!), the Collective was still launching, and our third annual conference was still just weeks away (and…_ahem…taking place on my due date). Stuff still needed to get done, and my husband, kids, and business all still needed the best of me. So, how did I make it work? Here are some tips I gathered for making life work when it feels like a total storm:

Seriously. We ate a lot of take out and pizza. We threw our budget out the window for a bit and called this our “bootstrap” time-we pulled up our bootstraps and just…did what we had to do. And I came to a point where I realized, _Crap. I am doing the best I can. And that is enough. _I had to become ok with the dishes not being done and the space being crammed, and remind myself that this was only temporary.

This is the benefit of having a great boss. I hope you have the same…When we finally found our new house, I realized quickly that my body (remember…nine months preggers) wasn’t able to relocate a home like it was able to before. After pulling a muscle, snapping at my kids, and crying with my husband…I emailed Joanna and let her know I needed a week of family leave. I didn’t completely go off the grid. I still answered emails and did for minimal work, but I wasn’t hustling or pouring out from an empty cup. I want my work to be rich and meaningful, and I couldn’t offer either at this point. So I made a list of what I was capable of completing, let my boss know, and accepted the fact that that was it. My family needed me more than Yellow that week, and that’s a good thing to recognize.

This was hard for me, because I love empowering others. I _love _getting asked to write guest posts, to speak, and to share about our business and my life. It is such an honor, and I never want to neglect that honor or treat it as anything less.

BUT: there comes a point where you are only able to take on so much. That guest post, if not directly related to the conference, is not my job. That article, unless it’s a freelance project that will pay, is not my priority. My priority, in times of chaos is to keep the blog afloat, to invest in my family, and to make my husband my priority. That’s it. So, I responded graciously to any quest posts, letting them know I wouldn’t be able to submit anything until after September. Some were fine with it, others needed sooner. The ones that needed sooner were canceled on my end, and that’s totally ok. We weren’t compatible in each other’s needs at the moment, and the timing just wasn’t right. I had to let go and trust that those opportunities, if meant to be, would come again.

If you don’t have kids, this will look different for you. But, for me, I said yes to more Legos and no to more Instagram. Yes to more bubblebaths and longer bedtime stories, and no to late night work sessions. I knew where I was needed more, and my work was waiting for me the following week. My team understood what I needed, and respected my time and space, and I listened to my family’s and my body’s needs carefully. I was attentive to myself, my husband, and my kids because, they were caught in the chaos too, and we needed each other to stand firm in the storm. 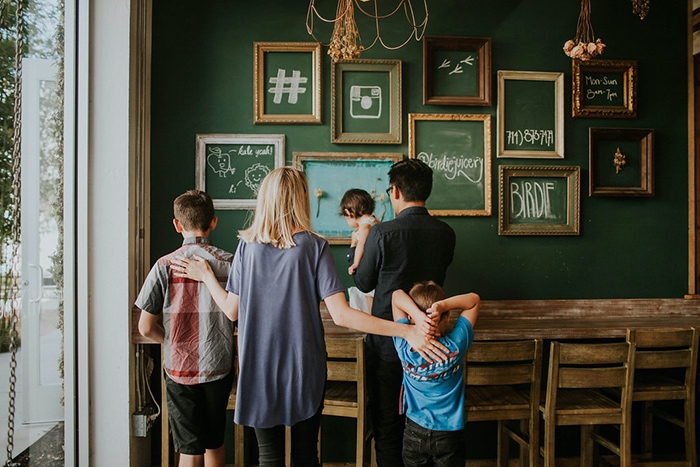 No one lives in chaos perfectly. It’s impossible to thrive in an environment of constant state of disorder. But, the reality is that these stormy seasons hit more often then we would like-_especially_ when we are living powerful, creative lives that do-good. Because, wherever good is thriving, evil is lurking to kill and destroy. BUT with a little hustle and a lot of fight, you can make it though this season, and come out on the other side better than before. I really believe this, because I’ve _lived _it. Maybe not perfectly, but I’ve survived and chosen to grow. And I believe the same can happen for you-if you choose to stand firm in the storm and not let the waters take you away. You’re fighting the good fight, and the battle is real. You just gotta put the right armor on, and hold your sword tight for a little while longer. I promise, it will totally be worth it.

Why You Don't Need a Man to Travel Alone

How to Stand Tall in the Battlefield of the Creative Process