As a single woman, I feel that media often paints a picture of reality for me that’s doused in negative vulnerability and fear. The world is not safe for you, woman. You are a (physically) vulnerable creature in need of constant protection. Movies, TV shows, the news — they all seem to echo: Stay safe; stay inside! Stay close to your man.
_I am not naive. I know bad things happen to good women every day, and I am not immune to any of the inherent dangers that come with not being a man. But, ultimately, I choose to believe that _most people are good, and nothing constitutes the true danger of an unlived life . That’s why I recently chose to face one of my greatest fears — to live in a van and travel across North America. By myself.

I did not always believe or act this way. Just a few months ago I was scared to walk out to my car alone at night. Now, I’m living in it.

A year ago a friend built out her Honda Element to travel around the country alone for one year. At the time I, too, was embarking on an adventure — I was moving to New Zealand with my boyfriend — but the tantalizing idea of being a solo woman on the road rooted deep in my mind, to be uncovered nearly a year later. 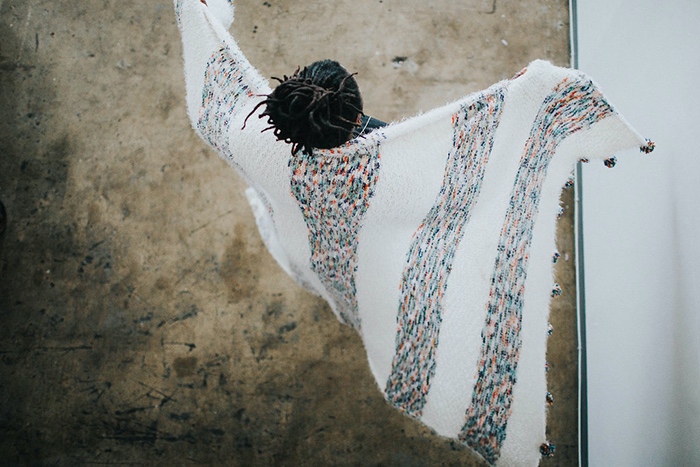 I could never do that by myself, **I thought. I pictured being alone in a dark at night, heart racing at every shuffle, even of a squirrel, that sounded through the thin van walls. **Maybe I could live in a van one day — with my boyfriend.

I hated that I felt that way. I wanted to be independent, free, confident and brave. But I was just so… scared. When the opportunity to live on the road appeared, I was intrigued, but fearful. Nightmares and severe anxiety plagued me everyday. Still, the prospect persisted.
While the idea bubbled over in my brain, a personality — a mentor, of sorts — began forming. A woman. She was bold and brave and so sure of herself. She rose above all of the smallness of fear-mongering and shame. She adventured out on her own regularly. She stood tall in who she was. She wouldn’t become small for anyone. She was wild.

The first time I created her by putting pen to paper, I felt a huge mental shift. I began researching how to turn a minivan into a home on wheels. I set a budget and saved. The #atwildwoman idea percolated. I spent 30 days drawing her in different shapes and sizes and  discovered she isn’t just one person, but a spirit of gumption and wildness that lives in all women . Her existence may not be apparent, but she’s there, perhaps covered under layers of stories, half-truths, and fear.

As I learned more about the #atwildwoman, I found myself doing things I never thought I could. I went on climbing trips without my boyfriend. I hiked alone. I bought a van. I learned how
to use a saw. I cut and drilled and glued wood. I installed a ceiling and created a floor plan and built furniture. I slept in Walmart parking lots and talked with strangers and, despite a bit of social anxiety, met with people I’d followed online and looked up to for years.

But even more than all of this doing and action, I’ve learned from the #atwildwoman that courage sometimes looks very quiet, like softening. I’m realizing that braveness has another side, perhaps one more innately feminine. It looks like allowing tears and fears and doubt to co-exist with my gumption, my pride, my power. 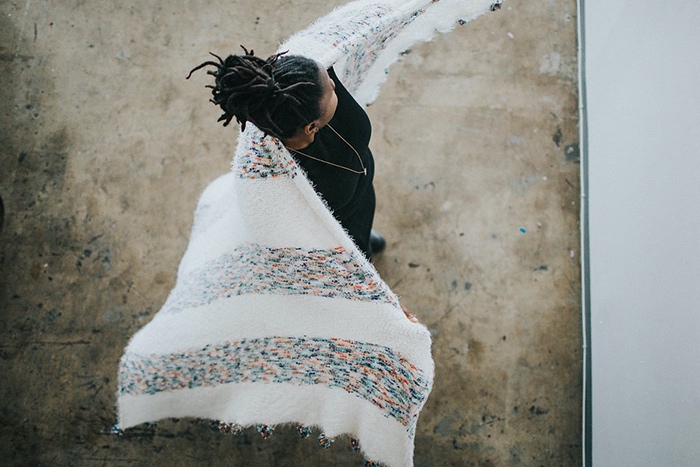 Courage sometimes comes in the form of accepting rejection and being one with your broken heart. Letting yourself cry so hard and have a nervous breakdown on a dark country road. Feeling complete, unrelenting fear. Letting all of that bubble to the surface of your consciousness and choosing to to keep going, to keep accepting and loving yourself despite what society may dub as a failure or shortcoming.

I’m sure there are many — endless, really — layers and sides to courage that I have yet to discover, but thus far in my trip, I keep hearing these two pieces of advice from the #atwildwoman. She tells me:
“Press on.” and then “Let it be.”

And with these two seemingly opposing but entirely complementary sentiments ringing strong and true in my heart, I do just that. Not fearlessly, but with conviction and hope that there is, truly, nothing left to fear.

Three Pieces of Encouragement for the Dreamer & Doer by Kohl Crecelius, Co-Founder of Krochet Kids INTL.