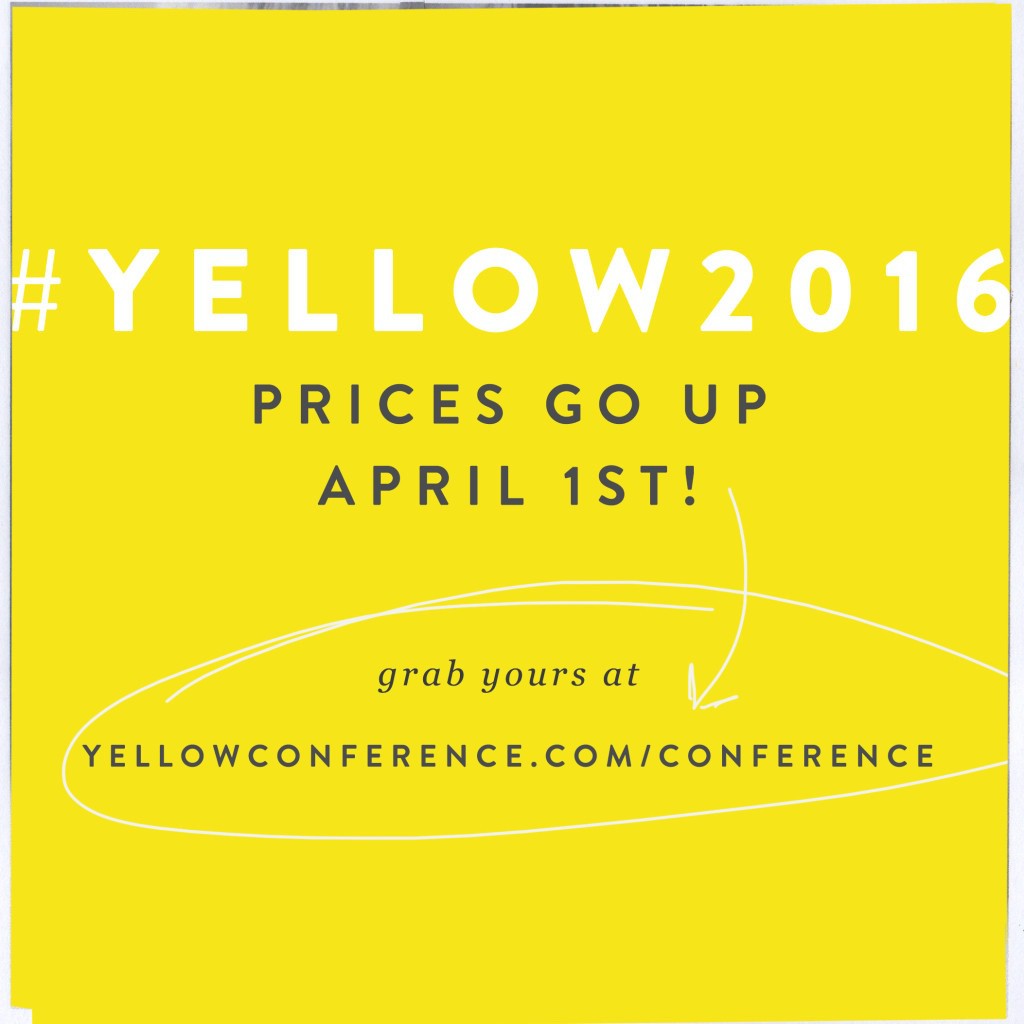 Hey ladies! Joanna Waterfall here, I’m the Founder of Yellow Co., and if you’re signed up for our email list, I’m the one sending you those digital letters every Tuesday and Thursday :)

I wanted to drop by to give you a little update on some fun things happening at our conference this year. First off, ticket prices go up April 1st, so if you’re wanting to come to the conference, grab your ticket sooner rather than later!

Secondly, we have an AH-MAAAZING line up of inspirational speakers and panelists this year.

I mean, Jedidiah Jenkins (have you seen this video??), Jessica Hische, Jenna Ushkowitz (any Glee fans out there?) and Tim Harris (watch this video, and fall in love).. ladies we are in for such a treat I can’t even handle it. We will also be adding info about our workshop leaders (purchase a 3-day pass and get a full day of workshops) and panelists here in the upcoming weeks.

Want to know more about each of our speakers? Click on the names below and their bios will expand for your reading pleasure. 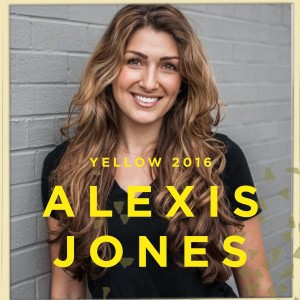 _Leveraging her entertainment background as a vehicle to empower youth, Lex launched I AM THAT GIRL, and quickly became an internationally recognized speaker, media personality, activist, and author. She has established herself as a thought leader for her generation and an expert on Gen Y. Recently, after being asked to speak to the 18 most influential high school quarterbacks in the country for an ESPNU TV show called Elite 11, she transitioned into empowering young women through the empowerment of young men. Lex is working to broaden the narrow definition of “manhood” and instill in young men the importance of respecting the girls and women in their lives. Her program, ProtectHer, is aimed at just that. She has spoken around the world, most recently bringing her ProtectHer program to the locker rooms at University of Washington, University of Florida, UCLA, USC, and more._ _She has been featured as one of AOL’s MAKERS along with Oprah Winfrey, Hilary Clinton, Ellen DeGeneres and Sheryl Sandberg. She was highlighted as an Ambassador for L’Oreal’s new STEM initiative, for Secret’s “Mean Stinks” anti-bullying campaign, listed as one of DELL’s #Inspire 100 List, Fast Company’s “Female Trailblazers,” ESPN’s “Pop Culture’s Top Ten,” and recently as a Profiles in Power winner from Austin Business Journal._ FIND MORE OF ALEXIS HERE: [alexisjones.com](http://alexisjones.com/) / [Twitter](https://twitter.com/missalexisjones) / [Insta](https://www.instagram.com/missalexisjones/) [/expand] 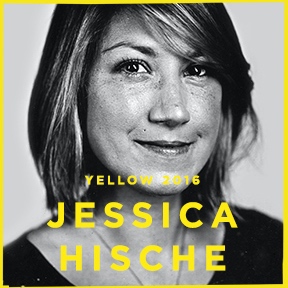 Jessica Hische is a lettering artist , illustrator, author, and self-described “avid internetter” working in San Francisco and Brooklyn. After graduating with a degree in Graphic and Interactive Design from Tyler School of Art (Temple University) in 2006, she worked for Headcase Design in Philadelphia before taking a position as Senior Designer at Louise Fili Ltd. In 2009, after two and a half years, Jessica left to further her freelance career and embark on several fun personal projects. Jessica began Daily Drop Cap, a project in which every day she created a new illustrative letter, working through the alphabet a total of twelve times. The popularity of Daily Drop Cap really kickstarted her career as a letterer, and has inspired many other designers to start daily lettering projects. Daily Drop Cap concluded in 2011, but you can find the letters in all sorts of places, from postcard sets to iPhone cases.

Jessica’s clients includes Wes Anderson, The United States Postal Service, Tiffany & Co., The New York Times, Penguin Books, Target, Starbucks, American Express, and Wired Magazine. She has also released several commercial typefaces which are available in her store. Jessica has been named a Print Magazine New Visual Artist (20 under 30), one of Forbes 30 under 30 in Art and Design, an ADC Young Gun, and a “Person to Watch” by GD USA. She’s been personally profiled in many magazines including Eye Magazine (UK),Communication Arts, Grafik Magazine (UK), and Novum Magazine (Germany). Her first book, In Progress, is available through Chronicle Books. 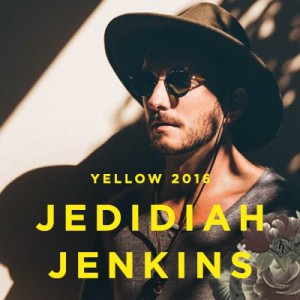 _Jedidiah Jenkins splits his time between Nashville, Tennessee and Los Angeles, California and is at work on his first book about his bicycle trip from Oregon to Patagonia. He is Executive Editor of Wilderness Magazine and a contributor to the Paris Review. His parents wrote A Walk Across America and The Walk West about their five year walk across the United States in the 70s. His hope is to continue their legacy as lovers of the earth and all the people in it._ 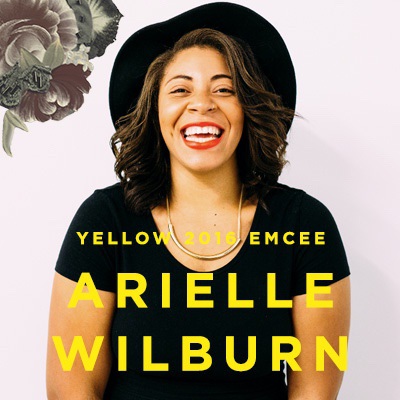 Arielle  is a Spoken Word Artist, Blogger and Motivational speaker. Published author of her first collaboration book of poetry, Vagabonds and Zealots (available on Amazon). Diligent in  instilling “worthy” back into an insecure generation__. 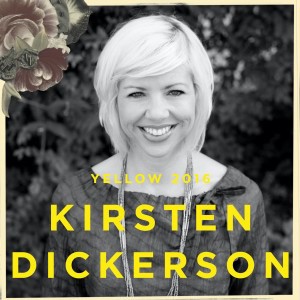 Kirsten Dickerson, CEO and Founder of Raven + Lily, is a thought leader in the social business and ethical fashion industry.

Before starting Raven + Lily, Kirsten’s career was divided by her passions for social justice and fashion. She spent 15 years doing both styling work in the film industry and working alongside global non-profits. Kirsten has traveled extensively to over 30 countries, starting with her studies in Africa and then living in Estonia shortly after the Soviet Union dissolved. The day after graduating from Baylor University, she headed to India to volunteer with Mother Teresa and Compassion International. Creating this brand has allowed her to unify her passions and capitalize her experience in both the humanitarian and fashion worlds. Motivated by a belief that each person is valuable and uniquely created, Kirsten is dedicated to empowering women to discover their full potential. She is passionate about promoting social business models as a means of providing a dignified way to alleviate poverty, especially among at-risk women. 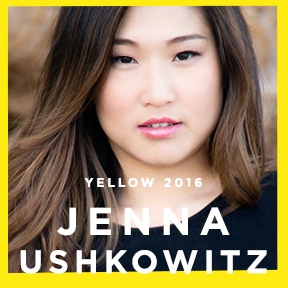 Jenna Ushkowitz is known for her role as Tina Cohen-Chang for six seasons of the 3-time Emmy nominated FOX television series Glee. A Co-Founder of Kindred Foundation for Adoption, she is a Korean American adoptee from Seoul, South Korea who was adopted at 3 months old through Love the Children Adoption Agency. Jenna recently starred in the Hollywood Bowl special of Hair alongside Kristen Bell, Amber Riley and Sarah Hyland.

In 2014, Jenna was approached by friend Samantha Futerman with an amazing story on her own adoption. Knowing that not all adoptees had the same comfortable experience as herself and Samantha, the women felt compelled to take action by creating an inspiring resource for other adoptees so they know they are not alone, no matter what their personal journey has been. 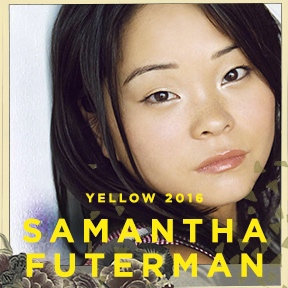 Samantha Futerman is a Director, Producer, Actress and Co-Founder of The Kindred Foundation for Adoption. She is a Korean American adoptee who was born in Busan, South Korea and adopted by a loving family in Verona, New Jersey through Spence Chapin Adoption Services and the Social Welfare Society. Samantha was raised with two older brothers, her parents’ biological sons. Her directorial debut and documentary TWINSTERS will premiere at SXSW 2015 in the documentary competition category. Samantha continues to pursue all realms of the entertainment industry and hopes to continue raising awareness for the greater adoption community.

Samantha began performing during her childhood and continued to pursue her talents while attending high school at the Professional Performing Arts School in New York City, and eventually graduating with a BFA in Theatre Arts from Boston University. In 2011, Samantha moved to Los Angeles to further her acting career. Her entire life changed in February of 2013 when she discovered that she had an identical twin sister. This remarkable experience ignited a desire in Samantha to explore the world of adoption by assisting fellow adoptees and their surrounding communities. Growing up without the insight of other adoptees, she wanted to share a positive outlook on adoption and explore the ways in which family is deeper than DNA. 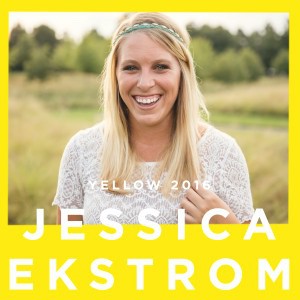 Jess Ekstrom founded her company, Headbands of Hope, as a junior in college in 2012. For every headband sold, a headband is given to a child with cancer. The company has been featured on the TODAY Show, Vanity Fair, Seventeen, Lucky Magazine and more. But more importantly, they’ve donated headbands to every children’s hospital in the United States. Jess is also a professional speaker and author of The Freshman Fabulous: The Girl’s Guide to College. 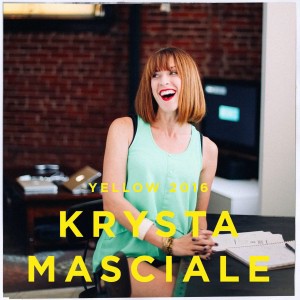 Krysta Masciale co-founded BDB in 2011 and continues to lead the agency as CEO, shaping the company’s culture and leading the strategy team. She has a bachelor’s degree from Wichita State University in Integrated Marketing and Communications and a graduate degree from Chapman University in Organizational Leadership. She lives in Los Angeles with her husband, son and two dogs. 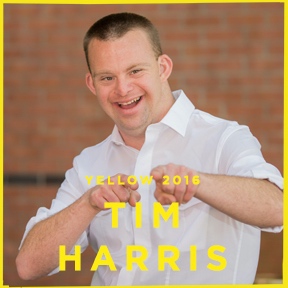 With his big heart and contagious humor, Tim lives his life in pursuit of his dream to inspire and help others. With unwavering support from his family and friends as well as his own drive, he used his gifts of human interaction to live a meaningful life. From being voted Homecoming King by the largest margin of votes in his high school’s history to developing a new and successful approach to customer service that stems from love and acceptance, Tim has managed to become a diligent member of his community. All of these accomplishments fueled Tim’s dream to open his own restaurant, which would further his mission to break down barriers between people and those with intellectual disabilities.

After the opening of Tim’s Place in 2010, Tim’s public speaking career took off. He has spoken to crowds as large as over 10,000 people, sharing his inspirational ambition of dreams and his powerful belief in those with disabilities. Tim continues to travel the globe doing what he does best: inspiring and helping others. He is best known for his famous hugs, which have reached everyone from music legend Steve Wonder to the President of the United States. 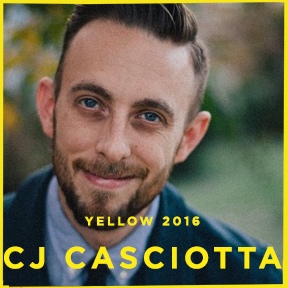 CJ is a writer, international speaker, and sought-after communications expert who helps leaders and teams unleash movements. Some organizations CJ has worked with are TOMS, The RED Campaign, Charity Water, The United Nations, and Whole Foods.

His provocative ideas and talks have taken him all around the world from London and Iraq to New York and Tokyo.

Incase you missed it, we have added a third day filled with just workshops this year. We decided to add this because we saw a desire from our attendees to get more practical application. Practical advice is hard to give in a keynote session.

So this year, you can get all the inspiration and good vibes from the 2-day conference, then head to the third workshop day on Saturday, and put it all into practice.

We will be releasing workshop titles and instructors in the next few weeks here! Keep an eye out.

We’re looking forward to this being our best conference yet. Hope you come hang out with us this August!

PS- if you’re looking for hotels, Yellow attendees get a special deal at The Ace DTLA… Use code YELLOW2016 over the phone or at checkout for a discounted room rate.

So, What Exactly Makes a Business "Socially Conscious"?