At the time, social media strategy was part of his day job, so we like to joke that wooing me might as well go on his résumé.

In the five and a half years since he first tweeted to me (about a Harry Potter reference, if you’re wondering), our professional and personal lives have often blended, and usually quite naturally. When we got engaged, I wanted to move closer to him, so I took a new editing role — at the nonprofit where he was the director of communications. We put in the same vacation request for our honeymoon and spent those early days of marriage carpooling to the office together, breaking for lunch dates — and, oh, yea, producing content we were proud of.

Now we live in Nashville, where we are both freelancers of sorts (who isn’t in this city?), but we continue to work together on multiple projects. We didn’t plan it; it’s just how our careers have progressed thus far. I’m an editor and writer, he’s a marketer and project manager, so our skills pair nicely (without becoming competitive). Perhaps more importantly, our temperaments complement each other well — and we just really respect each other. If establishing yourself in a field is about “who you know” (and I believe it often is), I think it makes sense that we end up including or referring the person we know best and trust most.

A lot of couples shy away from the idea of being both partners and coworkers, and I can understand why. It’s not for everybody. Like any work dynamic, it’s not always easy, and sometimes it’s pretty awkward. But Chris and I have found some ways to enjoy, even thrive in, this unique relationship.

In keeping with this theme of husband-wife collaboration, I asked Chris to help me identify a handful of things that we’ve learned through building both our marriage and our careers together. 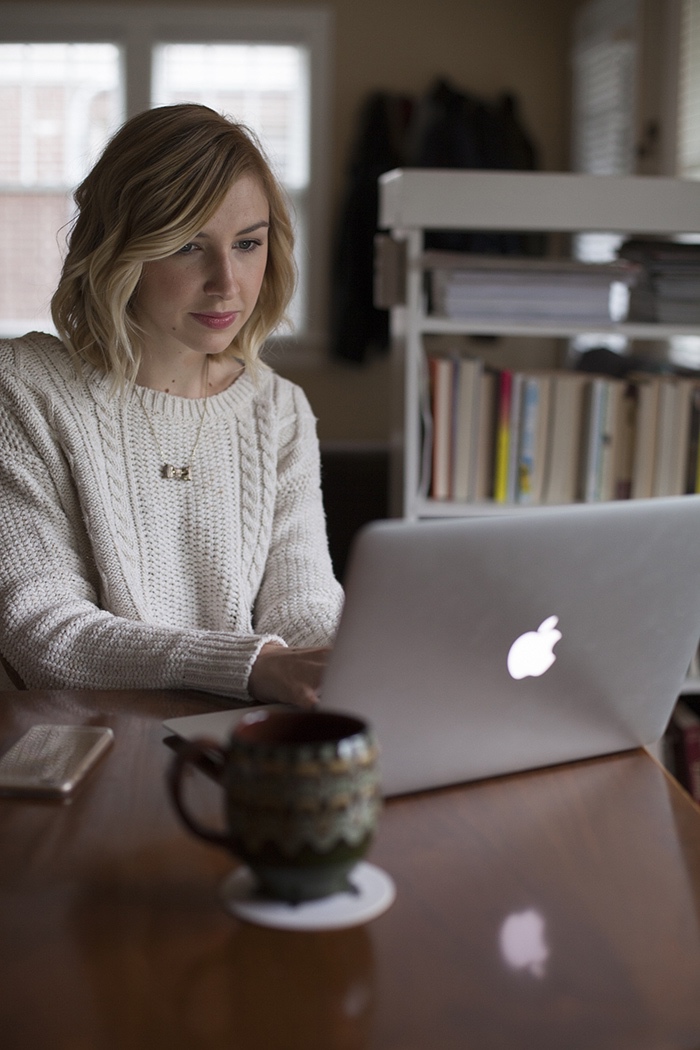 When Chris and I first began working together, I was very nervous about being seen primarily as “his wife.” I wanted to distinguish myself in the workplace and be “Alyce, the editor” first and foremost. This is still important to me when I’m on the job, but I’ve also relaxed a bit. I used to avoid sitting by him in meetings, or I’d take an intentionally formal tone with him to very clearly define “the line.” But I now recognize that my ease and candor with Chris, when channelled properly, is also one of the reasons we make supportive coworkers. We are gracious brainstormers, we keep each other accountable and on-task, we like each other’s company. So I’ve learned to just be myself — a slightly different, collected, work version of myself, but I don’t stifle my instincts. The truth is, nobody is alarmed if I ask him where our keys are, reference our weekend date or (gasp) position my rolling chair a little closer to him than to other people.

There are boundaries, of course — some that might be enforced by a company, but most determined by a sense of, well, decency. So we leave the physical displays at home, whether of affection or frustration. Like Chris says, “I obviously will withhold physical affection in professional settings. I think some peoplealready have a reservation about a husband and wife working together on their team. They also might worrythat any dispute at home could potentially carry over into their ability to work together. I would never want to feed that reservation by making themuncomfortable._”_

There are boundaries, of course — some that might be enforced by a company, but most determined by a sense of, well, decency. So we leave the physical displays at home, whether of affection or frustration. 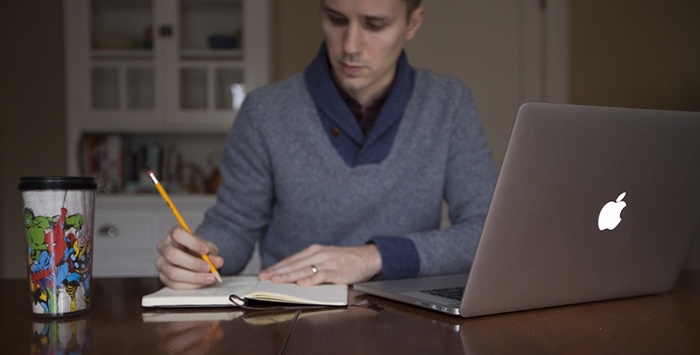 There seems to be this idea that the best way to achieve balance is to be vigilant about keeping your professional life out of your house and within the 9-to-5. This is impossible for us, for a few reasons: One, our living room often doubles as our office. Two, depending on the day, our jobs feel either gloriously flexible or unnervingly unpredictable. Three, if you’re working hard, there is a good chance tasks will follow you home sometimes.

So, we try to leave some breathing room for when our professional lives inevitably butt into our private one, whether in the occasional late night of proofreading or the urgent email at dinner. I prefer when I can shut off at 5 p.m., and usually that’s the case. But if I feel like I should work until 10 p.m. on a Thursday in order to make the most of my weekend with Chris, I know he won’t stand in my way, and vice versa. Leaving important work matters unattended can be a real anxiety booster, so if it means we bump our movie night a bit so anxiety doesn’t creep into our personal hours, we’re all for it.

Here’s a helpful guideline Chris shared on the subject: “I try to be aware if there have been consecutive nights where work has taken over. If wehaven’t been able to unplug at home for a few evenings, I will usually make a point topush work tasks off until the next day so we can have time together. Or I at leastcommunicate when the brief crunch of work will end, as those nightly stints of workaren’t often. I do feel like we manage our work and home life well though, mainlybecause we communicate what needs to be done and we both have an understandingwith one another that this isn’t going to be something that happens every night.” 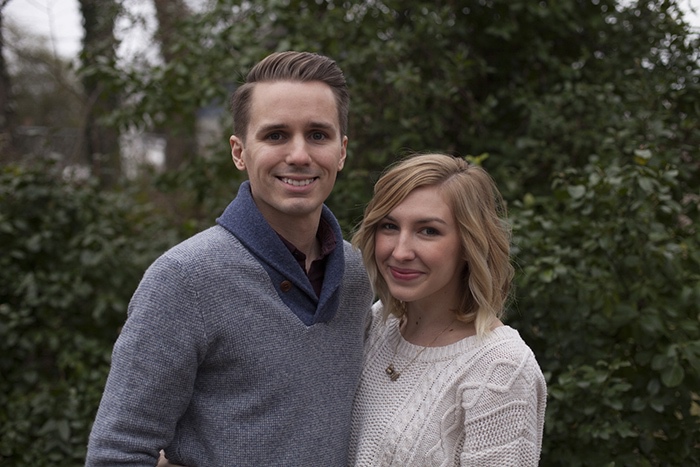 Chris and I have each worked with some incredible and talented people, many of whom we count as friends. I think there’s a rare bond that forms with coworkers, and we would never want our own bond to hinder that. “We try not to appear as an ‘us vs. the rest’ unit when it comes to working with a larger team,” Chris says.

This means not being territorial about the schedule and energies of the other. We already share so much of our lives, so we leave the necessary space to take our own phone calls, go to our own meetings, fight our own battles, cultivate our own connections. We know we can play the romantic leads elsewhere; at work, we’re part of an ensemble cast.

Put the Priority on Good Work, Not on Being a “**Power Couple**”

Because Chris and I have shared several professional experiences, people like to make comments about us being a “power couple.” It’s kind, really — and yea, there’s something kind of Jim-and-Pam about collecting a paycheck while being with my favorite person. But that’s not why we do this. I’d have the same work ethic if Chris wasn’t around. Chris would be just as disciplined if I weren’t alongside him. We’d likely still be in these fields, with similar aspirations. Though we enjoy working as a unit, we also just enjoy the work, period.

“There’s an understanding of wanting to create great content, regardless of whether we’reworking together or separately,_”_ Chris adds. “When we’re discussing a project or assignment, I’m notconstantly thinking of [Alyce] as my wife, but rather as someone whose expertise and skill set Itrust. I know that’s reciprocated, which is why this works most of the time. I try to workwith [her] how I work with anyone else, by being open to communication and notshooting [her] down.”

Mutual trust, open communication … coincidentally, things that make a healthy marriage, right? Maybe that’s the bottom line. Though the nature of our human relationships vary, there are virtues that translate well to all of them. Chris and I are learning that satisfaction, in any of our shared endeavors, will depend less on pursuing success for the sake of success and more on valuing honesty and commitment — whether we’re developing a brand, making a home, growing a family or just vegging out on Netflix.

Looking for a New Podcast for Your Commute? We've Got You Covered.